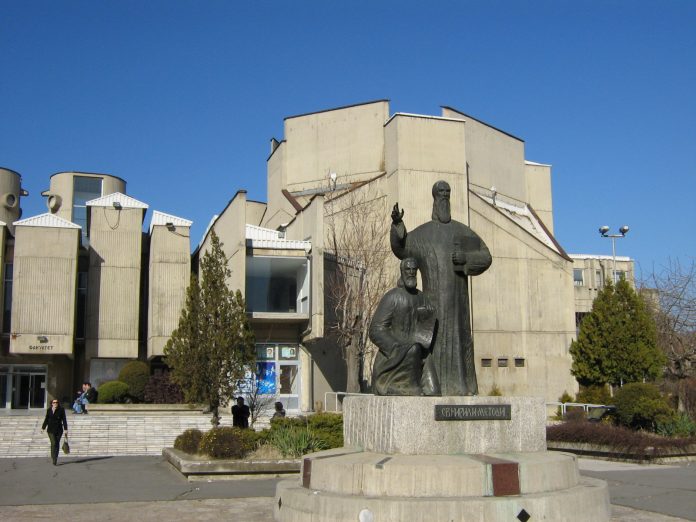 The Macedonian Ministry of Education and Science has given accreditation for the opening of a Macedonian branch of the Bulgarian University at Veliko Trnovo, scandalously the name of the branch is the same as Macedonia’s national university, Saint Saints Cyril and Methodius.

Legal experts say the decision to register a university under that name violates the trademark of the State University Saints Cyril and Methodius in Skopje which has branches in several cities in Macedonia.

Based on the decision to use that name, the Veliko Trnovo University has made a tendentious decision to appear with the same name as the Macedonian quintessential institution of high learning.

According to the formal petition for accreditation, the university is a subsidiary of the International Slavyanski University – Gavrilo Romanovich Derzhavin which has branches in Sveti Nikole and Bitola.

So far there hasn’t been an official response from the University’s rector Nikola Jankulovski whose office doesn’t answer incoming phone calls.

No response has been issued from the Faculty of Law Iustinianus Primus either.

Attorney at Law Valentin Pepeljugoski has commented for the media that the Bulgarian university should not have been allowed to register under the same name as the State University.

This can cause international confusion because the Macedonian university can be intentionally misrepresented by publications released by the Bulgarian instalment in Macedonia.

Bulgarian politicians have announced they want to open universities in Macedonia in addition to television stations as part of national policy, as it was laid out by the ruling GERB’s elections campaign.

A few months ago, Macedonian cable operators began broadcasting the Bulgarian national TV service, however, the Macedonian Radio Television service has not appeared on Bulgarian cable TV, as per the deal facilitated by Vlado Buchkovski.