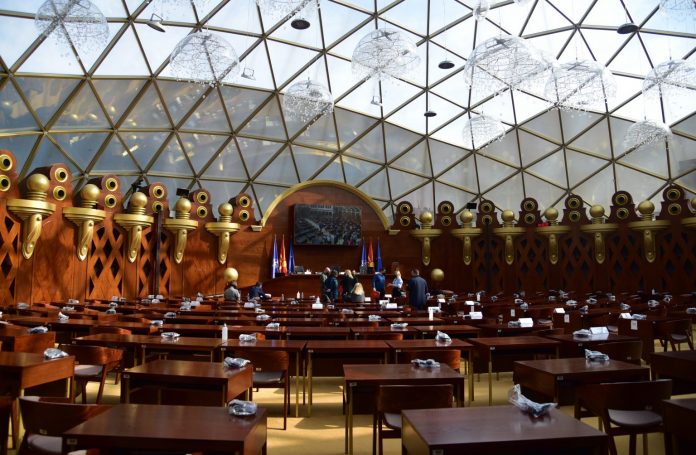 The leaders of two opposition ethnic Albanian political parties have blocked the passing of the fifth anti-crisis financial package in Macedonia, leaving many businesses without government support while in covid curfew and lockdown measures are still in place.

Alliance for the Albanians and Alternativa demand the passing of their proposal on the Law on citizenship which many have seen to be a legal backdoor for the fast-tracked granting of citizenship to ethnic Albanians that may be illegally staying in the country.

The two parties, which work as a joint block, submitted the controversial set of proposals last year in December, but the move was blocked in Parliament by hundreds of amendments from VMRO and Levica.

As a response, the Albanian party leaders Sela and Gashi blocked the passing of the emergency financial package in April.

Meetings that Prime Minister Zoran Zaev with the MPs to unblock the work of Parliament didn’t result in a breakthrough at first, but a deal seems to be in the works.

According to unconfirmed reports, Alliance and Alternative are expected to submit a list of residents seeking Macedonian citizenship in order to fast track their applications.

The parties have given up on the demand that citizenship can be granted with the applicant presenting only three witnesses, however, they currently don’t agree with the requirement that citizenship applicants need to speak the Macedonian language.

Zaev gave an assurance on Monday a solution to the proposed changes to the Law is possible.

Macedonia’s main opposition party VMRO announced Wednesday morning that its parliamentary group is going to remove its amendments to the proposed changes to the Law on citizenship in an attempt to unblock the process.

Nikola Micevski, coordinator of the VMRO caucus in Parliament said 55,000 people are barely surviving because of the Covid crisis and the measures against it, adding that the fifth financial support packet must be passed as soon as possible.

Sela’s and Gashi’s parties followed up with a statement that they will enable Parliament to deliberate and ultimately pass the Law that will provide financial assistance to more than 16,000 individuals.

No details were provided as to how the Government and the Albanian opposition parties are going to settle the demands for changes to the Law on Citizenship.