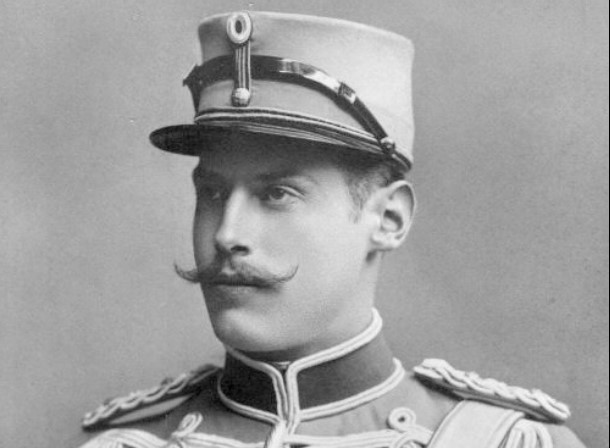 While the Macedonians were the only nation in the Balkans whose national liberation movement from Ottoman rule did not receive help from the great powers of Europe, not many people know that a Danish prince was almost appointed as a King of Macedonia.

At the turn of the century Macedonians made tremendous sacrifices for freedom; starting a grassroots liberation movement, launched skirmishes, diversion attacks and ultimately a failed uprising against the Ottomans regime.

The VMRO organization which spearheaded the fight for freedom also functioned as a government within a government under Ottoman rule.

Some groups, like the Thessaloniki Assasins (Solunski Atentatori), carried out terrorist attacks in their desperation, in order to capture the attention of the European public.

Many Macedonians have looked at the past and wondered if Macedonia’s independence would have taken a different course had support been given by the great powers of Europe.

The establishment of a Macedonian Kingdom with a Danish King is an interesting possibility that never eventuated. The neighbouring countries – Greece, Bulgaria, Serbia and Albania, all received a foreign king and governmental institutions. These were crucial to their respective nation-building efforts.

Greece’s revolution was in large supported and fought for by Germany, Russia, France and England; Russia stood behind Bulgaria; France and Russia helped Serbia and Germany, Italy and Austria-Hungary supported Albania.

In turn, the Greeks received a Bavarian king in Otto in 1832; Bulgarians were led by King Ferdinand I of the German dynasty Saxe-Coburg and Gotha; members of the Serbian Karageorge royal dynasty received direct tutelage from the Russian court; more than one nobleman stepped to rule Albania, including the German princes of the House of Wied.

There is scant information regarding the potential ascendence of a Danish prince to rule Macedonia. From this point in time, we can only speculate about the geopolitical entanglements that prohibited the formation of a monarchy in Macedonia.

Nevertheless, when he was approached about the possibility, Prince Hareld, brother of the Danish king, responded positively to the prospect of ruling Macedonia.

According to reports on the matter, an independent Macedonia would have been “wrested” away from Turkey and subsequently “federated” with Bulgaria, Serbia, Montenegro, Greece and Romania.

It becomes apparent that the great powers of Europe had considered creating a Balkan federation that would have acted as a formidable entity in opposing the potential resurgence of Turkey.

The plan didn’t materialize, however, and the great powers took to supporting their respective regimes in fighting over Macedonia. This led to the Macedonian people becoming divided into three parts, ruled by states that were antagonistic to the Macedonians.

Regardless of the lack of support for Macedonia, or worse, the great powers’ support for the advancing Balkan states, the Macedonians fought heroically for their independence.

The decades that were wrought in intrigue and attempts to subvert or fully overtake the Macedonian independence movement, were a David versus Goliath battle for freedom against all odds.

The Ilinden uprising in 1903 was hurried and subverted, it resulted in massive repercussions over the Macedonian population, and received no help from either Bulgaria, Greece or Serbia – but it became a highlight of the Macedonian fighting spirit which succeeded in establishing the short-lived but symbolic Krushevo Republic and the subsequent liberation and creation of the Socialist Republic of Macedonia during WWII.