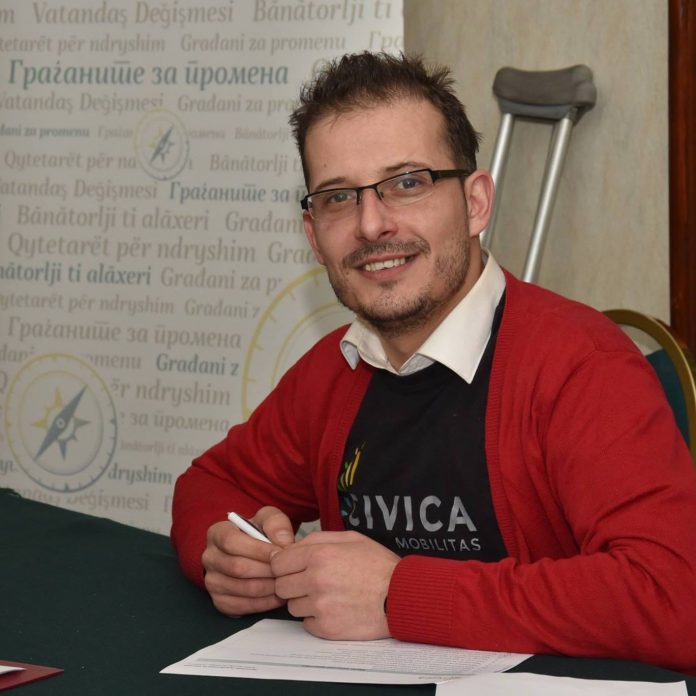 The day when Zaev’s interview was covered by the media coincided with the launching of the Covid vaccine registry by the Ministry of Health.

Adil thought it would be nice to redirect traffic from vaksajns.mk to the Government’s official registry, knowing that keyword will take the Macedonian corner of the internet by storm.

Surely enough, Twitter and Facebook feeds were populated by original ‘vaksajns’ memes by the dozen and people reacted to the corresponding hashtag. This may have helped the “Vakcinacija.mk“ website.

Nevertheless, Adil was called by the police for questioning. It appears that the Government didn’t find his practical joke funny and the Macedonian corner of the internet responded again, putting Adil in the spotlight.

It turns out that 38-year-old Adil is more than a decent fellow.

An ethnic Albanian who is proficient in writing and speaking the Macedonian language, Adil Bakiu is not only a self-made entrepreneur but also a father of two and a person with a congenital disability who is married to a woman who also has a disability.

Adil can drive on his own and said in an interview for the portal Emagazin that he doesn’t feel any different from the rest. He says: “We live alone, no one is helping us. We can do everything on our own.”

Regarding his mishap with the police, he says it doesn’t make sense. “The inspectors from the computer crime unit knew what it was about and that there wasn’t any ground for legal charges. The meeting was over quickly.”

Adil insists that Macedonian society needs serious education in the IT field in light of recent events surrounding the Public Room image-sharing scandal. He thinks that the Government should become more engaged in the subjects of IT technology and protection, considering the fact that modern wars are made by hackers instead of soldiers.

In the interview, he pointed as example the hacking of the State Elections Commission website as the ballots were being counted in the previous elections.