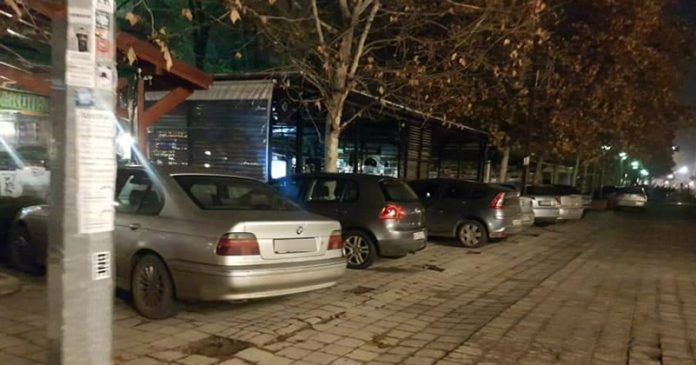 In a controversial move the City of Skopje has began to transform one of the most prominent and attractive locations in Skopje, the Vardar river walkway into a street. The move threatens the outdoor dining area which is one of the most visited locations of the city.

Presently the location is far from representative of a capitol city’s center. The tiles are cracked, many are missing and the roots of trees have created bulges from the pavement.

The city of Skopje had intended to turn this part of the walkway into a street. To this day, the walkway is used as an access street by employees in the Telekom building. Others simply park there, undisturbed by parking officers due to personal connections.

According to the Skopje City government, the walkway will serve as an access street between 8 and 9 AM and between 2 and 5 PM but there is no guarantee that Telekom employees will indeed respect the rule and there is no announcement as to how the government is going to enforce the limit.

The reconstruction concerns the restaurant and cafe owners who have installed terraces in the middle of the walkway. In a press release, mayor Petre Shilegov said the terraces are going to be unified and placed in a way allowing for pedestrians to enjoy the walkway.

The contractor performing the renovation has four months to finish the job.

Miss Ohrid but cannot travel? Catch one of the world’s best sunsets from Trpejca [video]