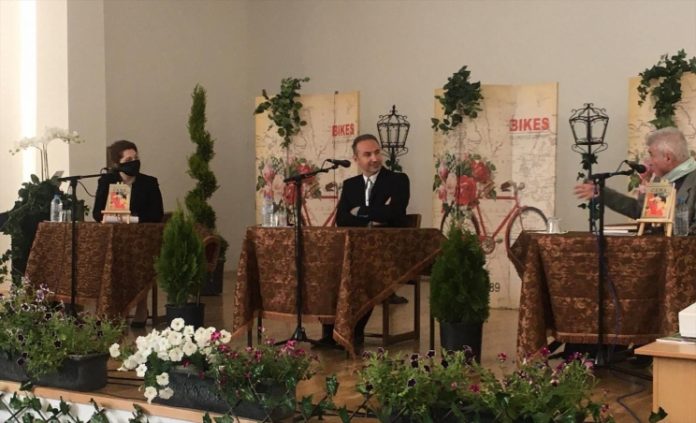 The most influential and internationally-recognized pianist from Macedonia of the 21 century, Simon Trpcheski, says he is delighted for having received his entire education in Macedonia.

Trpcheski, who has performed in renowned venues around the world like Carnegie Hall in New York and the Sydney Symphony Hall, says Macedonia was his point of departure in his “conquest of the world”.

The pianist performed at a children’s festival dedicated to books and music titled “My friendship with books is like a song” that took place for the tenth year in Kochani.

Part of the event was a reading by Macedonian children’s stories author Gorjan Petreski whose story Sama (Alone) features Simon Trpcheski as the lead character.

Trpcheski most recent release is his album Makedonissimo where he gives energetic classical take on Macedonian folk dances.

Makedonissimo is part of the in-flight entertainment offer on the largest German air fleet, Lufthansa.