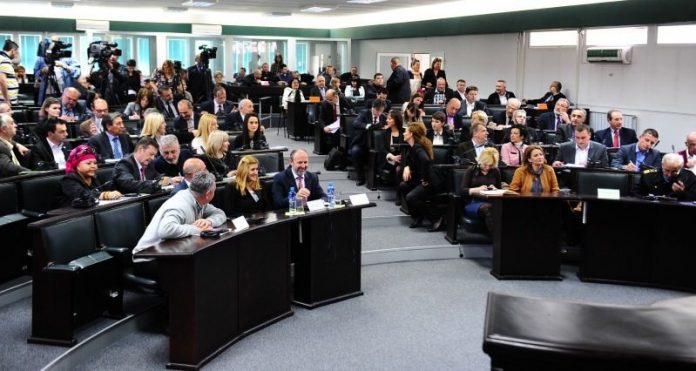 Skopje’s mayor Petre Shilegov announced yesterday he will proceed with a mass-replacement of the names of streets across the city but will face a legal challenge posed by the opposition.

The move was received with a public outcry due to the fact that Shilegov and his party, SDSM, decided to sweep under the carpet crucial individuals and events from Macedonian history.

City Council members of VMRO have announced a legal battle, citing a law that forbids the City government from making changes to street names six months prior to an election and one year prior to a population census.

Both articles of the law are in violation of Shilegov’s decision due to the census which has been postponed for September and the municipal elections scheduled for October.

VMRO’s group in the council also called out Shilegov for throwing on another financial burden on the residents of Skopje, as business entities will have to pay a 100 euros fee for changing their address in the registry.

According to the changes that were decided on by SDSM, the VMRO boulevard will be renamed Blazhe Koneski. The street Stiv Naumov, a WW2 Macedonian patriot who fought the occupying Bulgarian force, will be named Slavko Janevski – a writer.

Numerous streets that bore the names of figures from the history of Macedonia will be reverted to names that resonate with the country’s 60-year old communist past, but also with people and events that are significant to ethnic Albanians.

Some of the street names, a total of 102 streets, that cater to the Albanian voters include Albanian intellectuals, singers and artists but also people who have worked for Greater Albania which included portions of Macedonia, including the city of Skopje.

Dishonoring the contribution to the history of the Macedonian people is considered a ‘reform’ by the City of Skopje, which has not found a solution to the problem of sidewalks being occupied by cars and crumbling streets.