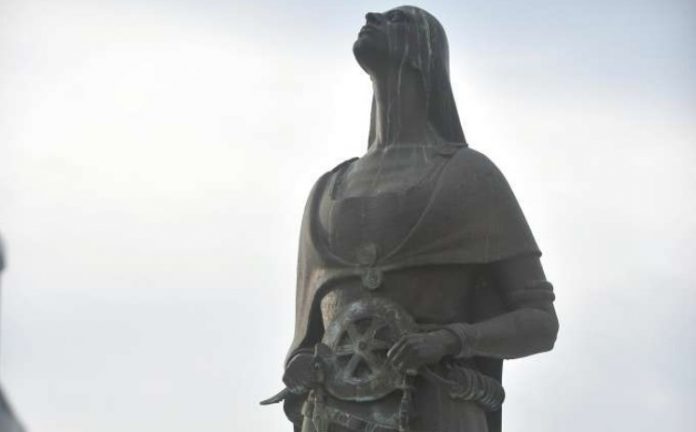 The statue of a Paeonian priestess located in front of the Archaeological Museum in Skopje is the most complete and telling artistic representation of the Paeonian way of life in the world.

Standing at 3.5 meters, the bronze statue communicates the history of a woman who held a higher position in a mysterious society, which has existed on the territory of Macedonia since at least 1,000 BC.

The absence of inscriptions or historic accounts about the Paeonians shrouds them in mystery. We know from Homer’s Illiad that the Paeonians had a fierce cavalry that fought on the side of Troy against the Hellenes.

Only several historic accounts mention them, but we know that they worshiped the sun – a common trait among Macedonians, and that their kings were allies to the rulers of the Macedonian Kingdom’s dynasty and enjoyed broad independence of them. Despite this, little is know about their culture.

The arrival of the Romans saw the Paeonians completely absorbed into the Macedonian nation and completely vanish from the records.

Most of the conclusions that can be drawn about this ancient people of Macedonia are based on the material evidence dating from their time. Fortunately, several important archaeological findings have provided hundreds of amazing objects that have been attributed to the Paeonians.

Part of these findings concerns the statue at hand. In 1997, a team of archaeologists working at a site near Valandovo discovered a burial site. One of the graves contained around 400 bronze objects. These had accompanied a woman, around the age of 35.

Based on the singular nature of the artifacts, some archaeologists and anthropologists, including Dragi Mitrevski and Nikos Chausidis, have concluded that the tomb was the resting place of a Paeonian priestess, or that she was decorated with the implements of a priestess in order to mark her social status.

The modern-day statue which is located in the middle of the Eye bridge, next to the Archaeological Museum of Macedonia in Skopje, is an artistic vision of a woman in the role of a priestess. The statue brings to life the meaning and purpose of the intricate objects that testify to the rich and complex culture of the Paeonians.

The priestess’ upright posture is indicative of someone who has established a connection with the totality of the world and its natural phenomenons.

Her sculptor had cast her figure looking up in the sky while handling a long chain that is linked to a cup adorned with birds. She is wearing earrings, wrist ornaments, hairpins and a disc on her stomach. All of these are made out of bronze with skill and attention to detail.

Two of these objects are highly indicative that the women interred in the grave near Valandovo was a priestess: the large solar disc and the cup held by chains.

Archaeologist and university professor Dragi Mitrevski, who has performed much research on the Paeonians, has concluded that the cup that is linked to the chain was used to heat poppy tar. Its intoxicating vapors affected the individual who wore this religious and ceremonial implement, but it also affected those standing close to this person.

The depiction of poppies indicates that this plant used to play a significant role to the people of Macedonia. To this day, Macedonians use poppies for their seeds and tar. The seeds are used for making cooking oil and until few decades ago, while the Macedonian villages were thriving, people who worked the field used the tar from poppies as a stimulant.

It is common knowledge among Macedonians today that in the old days colicky babies were given dab amounts of poppy tar to calm their pain and distress.

This is indicative that the use of poppies has survived among the Macedonians throughout the millennia. Curiously enough, the word for opium consists of two ancient words that are common in the Macedonian language – opi (to become intoxicated) and um (mind).

There is little doubt that rare and select individuals from amongst the Paeonians, as it is the example in many other ancient cultures, used to make concoctions based on plants in order to reach higher and hallucinatory states of mind. A counter-argument to this is that what appears to be the cup of the poppy plant may be in fact pomegranate, which grows in abundance throughout Macedonia. 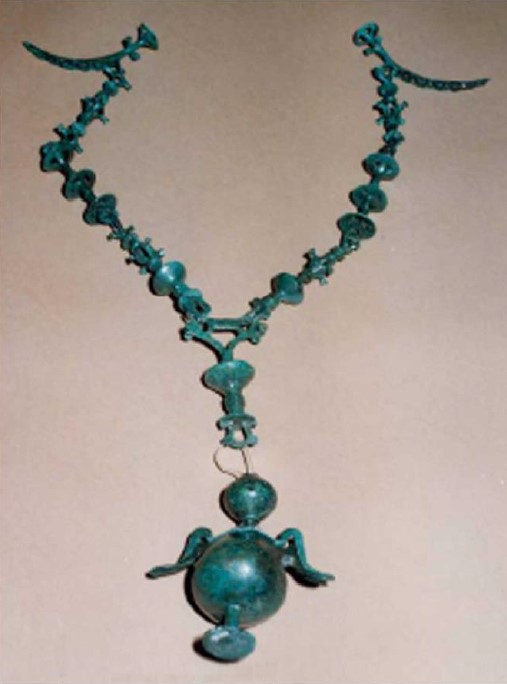 The Paeonian Priestess is one of the rare objects that personifies the Paeonians and we can hope it won’t be the only one. This culture played a significant role in the history of Macedonia, but little credit is given to it. Professor Mitrevski has argued that it is them who constitute the bulk of the ancient Macedonian nation, as their territory coincides both with Upper and Lower Macedonia.