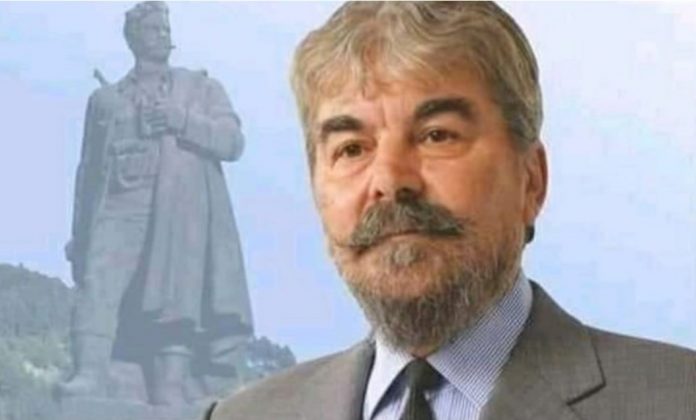 Macedonian human rights activist in Bulgaria, Atanas Kirjakov has presented his plan for the cultural and economic autonomy of the part of Macedonia (Pirin) that was given to Bulgaria in the 1913 Treaty of Bucharest.

Macedonians constituted the majority of the population of the Pirin region, in a 1946 census they were 70% of the entire population. Since a change in government policy Macedonian groups are officially banned and often harassed by far-right elements.

Atanas Kirjakov wrote his 10-point manifesto for the autonomy of Pirin in response to Bulgaria’s contemporary policy towards Macedonia and the Macedonians living in Bulgaria .

Kirjakov is one of the founders of a Macedonian organization in that country that is not officially recognized or allowed to formally perform its work. Bulgaria fails to recognize a Macedonian ethnicity in its borders and prevents Macedonian cultural associations from establishing formal entities, for which it’s been called out by the Court of Human Rights at Strasbourg.

Kirkajov presents ten points aimed at untying the “Gordian knot” of the political issue between Bulgaria and Macedonia.

1) Enable cultural and economic autonomy of Pirin Macedonia in harmony with international law and international agreements, resulting in the following:

2) Introducing the Macedonian language in educational institutions and in the administration, in addition to the learning of the Macedonian history and culture;

3) Opening of a radio-television center in Pirin Macedonia that will emit its program in the Macedonian language for cultural education of the population.

The Bulgarian National Radio and Television should provide one hour of programming for the Macedonians living in Bulgaria, in the Macedonian language.

4) The Nevrokop Eparchy should be included as part of the Macedonian Orthodox Church seated in Ohrid. The Macedonian bishop of the church of Pirin Macedonia should be independent of the Bulgarian church.

5) Macedonian Christians and Muslims in Pirin Macedonia across Bulgaria should be able to annotate their ethnicity on Government-issued ID cards and documents.

7) Due to the low living standard of the population of Pirin Macedonia in comparison to that of Bulgaria, there should be economic support from the EU for the development of the region and towards preventing its depopulation and the assimilation of Macedonians by way of poverty.

9) Bulgarian nationalistic, neo-fascist and ‘vrhovist’ parties and organizations in Bulgaria and Pirin Macedonia that promote a Greater Bulgaria, spread war propaganda for the Balkans and assimilatory policies directed at Macedonians, and who create tensions and a climate of violence and bloodshed on an ethnic basis, must be forbidden by law, in accordance with Article 20 of the International Pact for Civil and Political Rights.

10) Opening of the dossiers of all statesmen and national security officers who have committed crimes against Macedonian Christians and Muslims.

Atanas Kirjakov is one of the founders of the United Macedonian Organization – Ilinden and candidate for Mayor of Blagoevgrad in last year’s local elections in Bulgaria.