Commemorating 191 years since the birth of poet, educator and patriot Grigor Prlichev 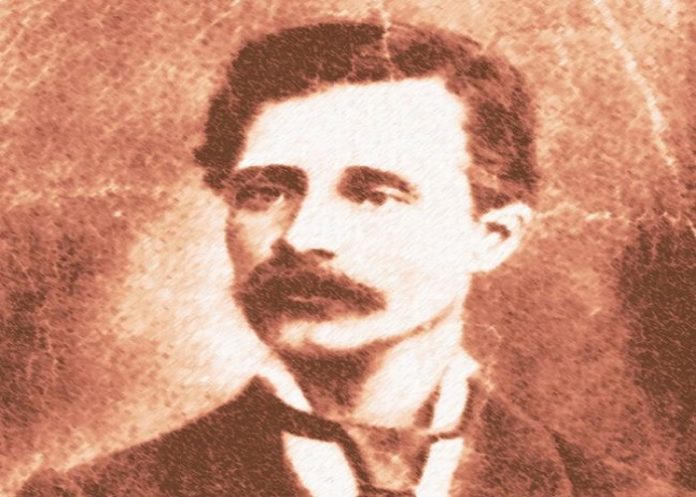 On January 18, the Macedonian literary scene commemorates 191 years from the birth of Macedonian poet and author Grigor Prlichev. He is famous for leading a popular revolt against the influence of the Greek church in the Ohrid region. Inspired by the events, he wrote the song 1762 Leto which recounts the events leading to the annulling of the Macedonian Church of Ohrid and shines light on an age-long rivalry between Macedonians and Greeks.

Prlichev was born in Ohrid in 1830 and led a life full of surprises and challenges, but it was a life dedicated to the Macedonian cause.

Grigor’s father passed at a young age and felt he needed to provide for his family. An serious leg injury that he sustained when little had inspired him to sign up as a helper in the medical practice of Kostadin Robev, of the famed Ohrid family Robevci. His love for medicine could only be overshadowed by his keen interest in poetry and writing. Grigor Prlichev became a student of Dimitar Miladinov of the Miladinovi brothers and later worked as a teacher in Tirana and Ohrid.

Feeling strong revolt against the unpopular Greek bishop of Ohrid, Prlichev incited the people to raise their voice and demand his resignation. The Ottoman authorities, acting on a request from the Greek church, imprisoned Prlichev in the Debar jail for playing a role in the protest.

Prlichev’s most remarkable achievement is his poem Serdarot, written in the Greek language and inspired by the heroic figure of Kuzman Kapidan, who was protector of the common folk against Gheg raids in the Reka region. In this work, Prlichev poeticizes Kuzman’s clash with a band of Albanian marauders and his ultimate death.

Prlichev submitted Serdarot to a poetry competition in Athens in 1960 and ultimately won first prize. The Greek literary establishment endowed Prlichev with the epithet “Second Homer,” offering him stipends to study in Berlin or Oxford, however, not wanting to serve the Greek cause, Prlichev refuses to trade his ethnic origin and convictions for the imminent prestige.

Although Serdarot is Prlichev’s most celebrated work, he will be remembered for having written the song 1762 Leto which is important for grasping the mood among the Macedonians of Ohrid in the face of the annulment of the Macedonian Church of Ohrid the same year.

He will send his own bishops
Saintly faces – wolves at heart
They will squeeze you, they will shear you,
They will milk your blood.
Hey! They will take your blood.

Prlichev provides an important historic reference with his poem: that the Archbishop (Patrik) of Ohrid Arsenij was beloved among the people; that the Church held together the Macedonians; that the Greeks had been pressing against the Macedonians in what seems to be a historic rivalry; and ultimately, that the Macedonians would become internal enemies because of foreign meddling in their daily lives.

The annulment of the Church of Ohrid was completed by a decree of Sultan Abdul Hamid I and likely preceded by a strong diplomatic game on the part of the Greek Patriarchy of Constantinople. Prior to the annulment of the Church, the Patriarchy had installed its own Archbishop Ananie, but following a popular revolt, Patrik Arsenij became the last Macedonian archbishop until the renewal in 1945.

1762 Leto has been subject to several musical interpretations by singers and bands. One of the most fascinating renditions is by the Biljana ensemble from Ohrid, another is marvelously sung by Naum Burnaz and a third rendition is by the cult Macedonian band Mizar who started a new wave in the domestic music tradition. Also, staying true to their Ohrid tradition of Macedonian old-town music, Mitko Koljushevski and Venko Pasovski have made another true-to-life take on 1762 Leto.

We are presenting a literary translation of the song 1762 Leto (The Year 1762) by Grigor Prlichev:

The old man he wept for long
Amidst the people in their silence
Bitter tears rolled down
Down his long white beard.
Hey! Bitter tears.

The Greek Patrik wants to crumble
Our famed Church of Ohrid
He shall put me in a dungeon
For the end of life.
Hey! End of my life.

He will send his own bishops
Saintly faces – wolves at heart
They will squeeze you, they will shear you,
They will milk your blood.
Hey! They will take your blood.

They will pull apart the people
Sons will now hate their fathers
Brother will hate a brothers.
O it is sad day.
Hey! Brothers hating brothers.

You shall cry to high heavens
And find no wing for a shelter
Your fate is resigned,
Your heads will bow to the ground.
Hey! Heads to the ground.

You will then feel like orphans,
Thus has our destiny spoken.
Come to me now come to me
for our last embrace.
Hey! One last embrace.

The kindly God had lent his ear
To the patrik’s bitter curse,
Their fame, their seed he wiped in silence.
Then they saw no good.
Hey! Wiped in silence.