The Economist: Macedonia run by a hybrid regime 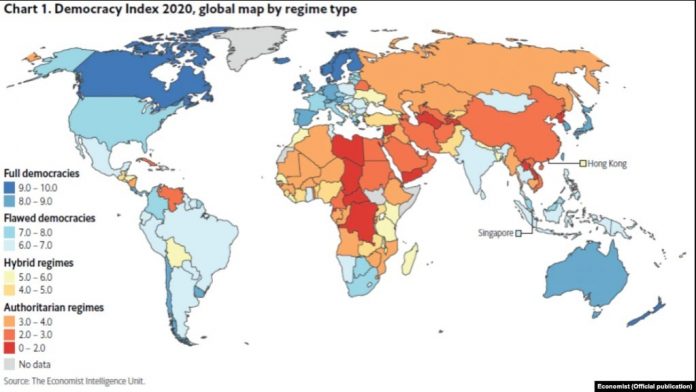 The Economist places Macedonia in the group of Hybrid Regimes on its 2020 Global Democracy Index with a rank of 78th in the world.

Macedonia’s ranking shows that the SDSM-led Government hasn’t made good on its election promises to make progress in multiple areas that affect its Democracy index.

Only few days ago, Transparency International released its Corruption Index report, in which Macedonia has risen to its highest corruption ranking in the past 15 years.

The poor ranking given by The Economist is another dash in the hopes of the Macedonian civic society and organizations, which supported the so-called “Colorful Revolution,” that the country will make social, economic and democratic progress.