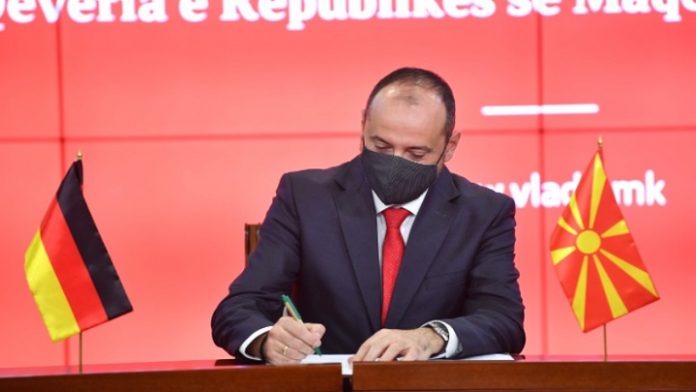 The Macedonian government signed a 16 million euro subsidy deal with the German automotive parts company Dräxlmaier for the development of new facilities in the towns of Kavadarci and Kumanovo.

Dräxlmaier will be relieved of paying a set of tax obligations, including employee tax on new employments and revenue tax from the new investment for a period of 10 years.

Additionally, the company will receive cash grants of 2,000 euros per employee for creating new jobs which will pay at least 50% more than the amount of the minimum net monthly salary.

On a whole, the deal will finance the construction of an annex facility to the existing factory in Kavadarci and build a new facility in Kumanovo, according to Deputy Prime Minister for Economic Matters, Fatmir Bitikji.

Dräxlmaier produces wiring, harnesses, car seats and other interior and electric components for major car brands, including Mercedes and BMW.

Bitikji said at a press conference on Wednesday that the 16 million in government aid will kick off production of components for Mercedes Benz E Class and G class and BMW’s Cluster Architecture (CLAR) platform.

Dräxlmaier came to Macedonia in 2012 thanks to the economic development initiative of the Nikola Gruevski government.

The company employs around 5,500 people and is considered one of the biggest employers in the country. More than 700 domestic companies benefit from subcontracting and services deals.

“With the new investment,” the company’s director Lucas Miringer said, “we are expecting to create around 1,000 new jobs in Kavadarci and Kumanovo.”