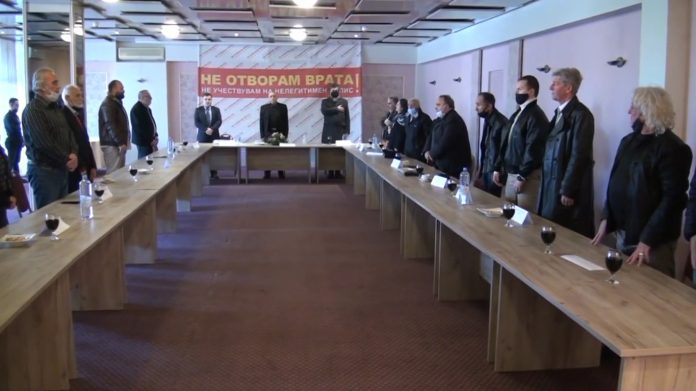 20 Macedonian organizations and associations have begun a campaign to boycott the census, in order to put pressure on the government for its postponement as fears grow the results will be falsified.

The campaign, titled “Don’t Open the Door – I am not Taking Part in an Illegitimate Census” kicked off with the signing of a memorandum by the organization’s representatives.

Edinstvena Makedonija (Only Macedonia) is the political party that stands behind the initiative, which is also supported by organizations in the United States, Canada and Australia.

Signatories of the initiative are in unison that the results of the census are going to compromised (link Bulgarian IT firm).

According to the speakers, Macedonians need to resist the census because of two reasons – it can destroy the foundations of the Macedonian statehood through fabrication and it can endanger people’s lives due to the Covid pandemic.

One of the demands of the Ne Otvaram Vrata movement is for a new Law on population census that will take into account all of the objections that have been pointed out by experts and opposition parties.

The group of organizations calls for additional groups to join their memorandum.