The profound letter from baron Konstantin Beli – The Macedonian 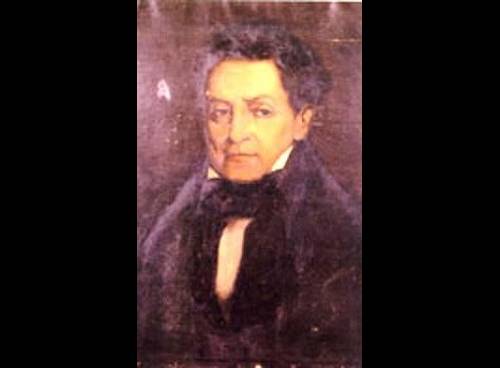 Konstantin Beli was born into a wealthy Macedonian family in the village Blatsa, part of the Postol (Pella) region in 1770. His family migrated first to Istanbul and then to Bucharest, where Konstantin received part of his education.

Beli was graced with notable intelligence which must have played a part in his becoming part of Vienna’s elite circles and distinguished citizens. Beli succeeds in becoming part of the royal court from where he was able to influence decisions that shaped political affairs in the German-speaking world, most notably, in Bavaria.

Successful in acquiring sizeable wealth, Beli went on to finance humanitarian undertakings. For his achievements he was given the prestigious title Baron.

Although he enjoyed a life of comfort and success, Beli longed to see Macedonia freeing itself from the Ottoman yoke. He sought different ways to contribute to that cause, but his foremost ideal was the establishment of a Macedonian intelligentsia.

Beli had well understood that the Macedonians can’t attain freedom and national advancement unless there is a class of well-educated Macedonians that would take on the affairs of state and society. To that end, he established an educational fund.

In 1835 he drafted a will which gifted 2000 books from his personal library to the schools and churches in the Postol (Pella) region. The will instructs the municipal council of Postol to “make the books available to the public when Macedonia achieves a level of development to be able to create its own schools.”

In addition to instituting a fund distributed to multiple clinics for the hospitalization of “Macedonians who become ill of any kind of disease,” beli also created the “Commission for the housing of Macedonians supported by the inheritance of Konstantin Beli – the Macedonian.”

This fund enabled the government of Bavaria to provide board and education for two Macedonians in the duration of six years at the Academy in Munich. The students that have been supported by the fund, Beli recognizes as the “adopted sons of mister Beli”. Of the students he demanded one thing, which was written in his will – that they have to “love  and respect our dear and always famous homeland Macedonia.”

At the time of instituting these funds, Konstantin Veljo Beli saw it fit to locate them in the biggest free Christian city at that time – Athens. It has been argued that Grigor Prlichev, who was accepted to study in Athens and was awarded the first prize at the famed poetry contest for his song “Serdarot,” was likely financed with money that the Greek government disbursed with in the name of Beli the Macedonian.

In 1838 Beli published a proclamation directed at Macedonian patriots, especially those who are wealthy, to help their close of kin and their homeland. The original proclamation was written in Greek but was translated in the Macedonian publication ‘Loza’ in 1892, which was written and edited by Macedonian revolutionaries like Dame Gruev, among several others.

To my Macedonian compatriots

It is indeed honorary the feeling of loving your homeland. This is inevitable for every noble man and necessary for all those who have preserved the elements of honor and who want to live eternally in the words of their descendants, instead of dying altogether the moment they breathe out the atmospheric air, like the animals, and thus become erased from the list of the living, to become forever a burden of the soil.  How indeed is bright this truth, yet it isn’t fulfilled by all and therefore it doesn’t impact the FEELINGS in all of us.

We, THE RICH, because of all that which we have earned in our endeavors, occupying our thoughts with our personal material wealth, we are only striving to multiply our wishes rolling in an eternal illusion and pride, where the endless fantasy had once separated us from moderation wants to delude us in useless and fantastic fortunes, which have never been able to successfully discover, so we stay behind without being able to taste of the moral and constant pleasure of HAVING AIDED THOSE WHO ARE CLOSE TO US AND OUR HOMELAND.

In the final five minutes of our lives, terrified by our consciousness, we are dying saddened and our homeland, our SWEET MOTHER HOMELAND, is not going to wear black for our death, nor will we be sent off by the prayers of our brothers; our homeland removes us as the PROGENY THAT WAS UNFIT FOR ITS LOVE; we are cast out as foreigners and degenerates with the words: BE RIDDEN OF ME, DEGENERATE!!! And our descendants will judge our ambivalence with the plain words: “He was useless while he was alive and stands for judgment in his death too.” Sad voice! Sad Voice! The homeland denounces its children, its brothers, its prayers and the relatives and all capable of speech will give up on uttering any praise…”

The original of this letter was published in the first edition of the Macedonian publication printed in Sofia, Loza in 1892.

The proclamation “To my Macedonian compatriots” was written in Greek and because of this Konstantin Veljo Beli has been remembered him as a Greek. It has been well-documented that for a specific period of time, “Greek” was not only used as an ethnonym but also as a title. People who wanted to be seen in a different light presented themselves as Greeks because that name was held in a higher esteem in the major cities around the world and especially in the West. Oftentimes, traders, doctors, artisans and members of the higher societal strata were thought to belong to the “Greek class” while peasants, herders and others who belong to many different ethnic groups, were simply grouped as Bulgars.

The editors of the Macedonian revolutionary publication Loza felt it was important to clarify the issue on Konstantin Beli’s use of the Greek language. The editors wrote:

“54 years have passed since the late Macedonian Baron Kostadin Beli sent from Vienna the proclamation he addressed “to my Macedonian compatriots” in which he spills out his entire soul, heart and nerves. It is indeed sad that his patriotic advice grounded on eternal principles of truth, have not been heard by those who were meant to hear them. Written in the Greek language, only the Greeks could make use of them. But we must not judge the late Baron for this. In his time our homeland was covered in thick darkness, our people’s language was suffocated and in our schools and churches was taught the Greek language – therefore, Kostadin Beli had to use the rich and dominant Greek language. “