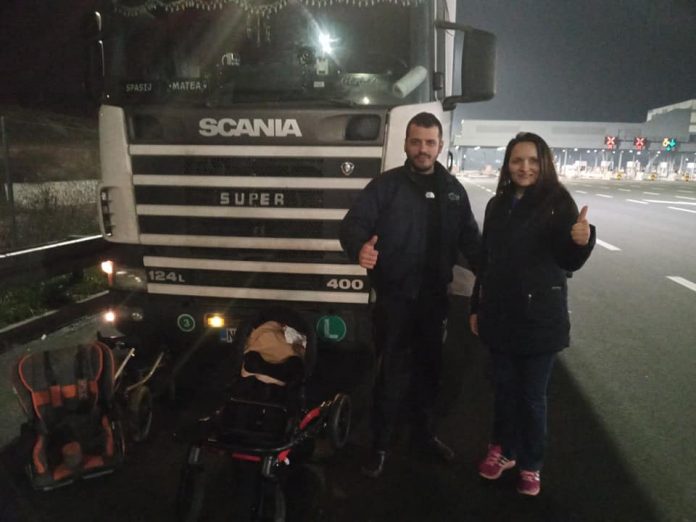 Showing hope and good will a Macedonian truck driver made a snap decision altering his long driving route to pick up and drop off wheel chairs for kids with special needs in Belgrade.

Vase Gurev is the truck driver who made a snap decision to prolong his drive in order to deliver some very important items to two children in need.

Vase had seen a Facebook post on a Serbian page for humanitarian action where the original poster was seeking wheelchairs for two children who suffer from cerebral palsy.

The wheelchairs had been secured by Sasha Pavlic from Croatia who brought them from Rijeka to Zagreb and Vase Gurev had gone out of his trucking route in order to pick up the wheelchairs from Zagreb and bring them to Belgrade.

It is amazing that the action was successful thanks to three people from three different countries who had made a decision to land their support to those in need.