Sharplaninec – The courageous sheepdog from Macedonia

The Sharplaninec is a native dog from the Sar Mountain range in Macedonia, the breed is extremely courageous, loyal and protective, being been used to guard against wolves and bears for thousands of years.

The dog is classified as a molosser, is large and powerful, usually listens to only one owner and is loyal until the end. The Sharplaninec has been seen fighting off wolves to defend its flock of sheep, while its courage is legendary, a single Sharplaninec will even attack a bear if it threatens its flock!

The dogs large built makes it a fierce defender. Males can weigh between 55 and 70 kilograms and females between 45 and 60. Its average height is around 75 centimetres.

While still being used as a mountain sheepdog in Macedonia, Serbia, Kosovo and Albania, the dog has been exported throughout the world as a pet or protector. 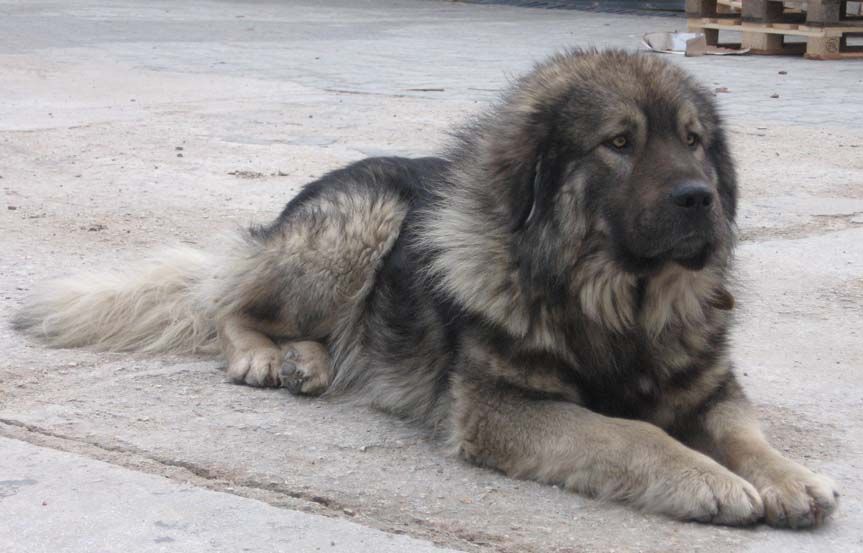 The Sharplaninec does have a soft side and big heart, it likes small children and will protect them as one of their own.

There are stories of Sharplaninci walking children to school in the morning, then coming back at the end of school to escort them home. A true personal bodyguard.

The heroic sheepdog is a national symbol in Macedonia, being featured on the 1 denar coin. It serves in the Army of Macedonia and is adored in neighbouring countries as a native dog.

Connection to Alexander the Great

According to Macedonian oral tradition the Sharplaninec was taken on the campaign by Alexander the III of Macedonia (the Great) during his conquest of the known world which reached the Himalayas.

Aristotle perfectly describes the Sharplaninec, which could indicate the story to be true.

Aristotle writes in “History of Animals”, Book IX, 350BC, “Of the Molossian breed of dogs, such as are employed in the chase are pretty much the same as those elsewhere; but sheep-dogs of this breed are superior to the others in size, and in the courage with which they face the attacks of wild animals”

There is a legend about Alexander’s favourite dog told by the historian Pliny the Elder. According to the story, Peritas saved Alexander’s life when the Macedonians engaged in battle inside the fortified city of the Mallians.

Peritas was on the battlefield, but he had strayed from Alexander. General Leonnatus ordered Peritas to go to Alexander, who had been wounded by a spear.

This caused Peritas to bark ferociously and attract Macedonians to Alexander’s aid. In the battle, Peritas was also hit by a spear, later dying in Alexander’s lap.

According to the historian Plutarchus, Alexander named a city in Pakistan according to his favourite dog.

Other people in Macedonia actually claim that the Sharplaninec dog originates from the Himalayan mountain range.

Alexander the Great and his army conquering Punjab and other parts of India brought them close to the Himalayan foothills. From there they could have procured the Tibetan Mastiff, which is also known as a Himalayan sheepdog.

Another interesting detail is that just like the Tibetan Mastiff can be seen guarding monasteries in Nepal, Bhutan and Tibet, the Macedonian Shar Mountain dog can also be seen residing at monasteries.

The only way we will know of a connection is through genetic comparison of the Sharplaninec and Tibetan Mastiff.