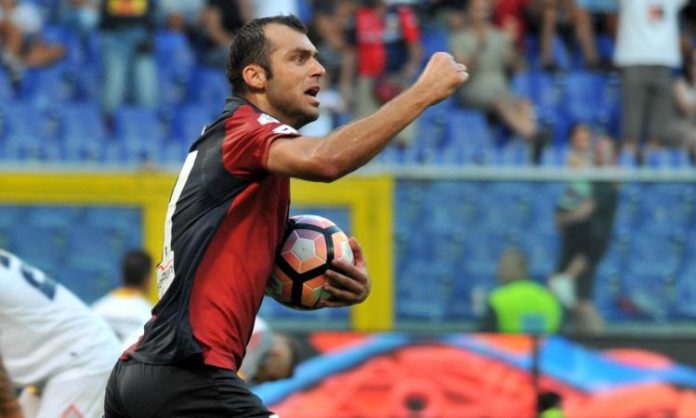 Macedonian striker Goran Pandev who plays his sixth season for Seria A club Genoa has just made history.

Pandev scored two goals in the first 20 minutes of the game against Benevento on Wednesday, April 21, reaching his 100th goal in Seria A.

This makes the legendary Grande Pandev the highest goal-scorer born in the former Yugoslavia.

But there is a hard-to-believe moment about his 100th goal – Pandev scored it from the identical position as his first-ever goal in Italy.

Compare that goal to his 100th which he scored today…

Pandev started his Italian journey with Ankona but briefly. He moved to Lazio where he scored 48 goals, then to Inter where he added five goals and a Champions League title. Moving to Napoli he scored 19 goals and 27 for Genoa with the two he added today.