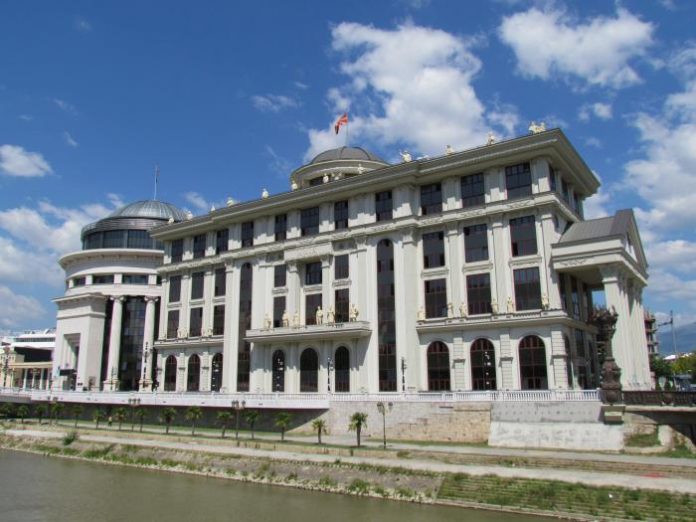 The ruling majority has retracted a Law proposal by SDSM, DUI, and BESA which would have enabled holders of dual citizenship to act as ambassadors abroad, after the main opposition party VMRO announced it is going to submit between 300 and 400 amendments to the proposal.

According to the former first diplomat and VMRO MP Antonio Miloshoski, the proposal was intended to serve political appointees to ambassadorial rules by people who have dual citizenship.

Miloshoski points out that the changes which were intended by the ruling coalition are against the Law for classified information. According to the Law, citizens of a foreign country can’t receive the security clearance that would enable the individual to act in the role of ambassador.

According to SDSM, the proposed change of Article 36 of the Law on Foreign Affairs is intended to enable ambassadorial candidates to hold dual citizenship, noting that successful candidates will be prevented from serving in the country of their second citizenship.

SDSM has accused Miloshovski of being complacent with the appointment of Macedonian citizens who hold passports of foreign countries as ambassadors.

In a Facebook statement where he gave the reasons for the amendments, Miloshoski underscored: “the fields of diplomacy and national security are a sensitive profession where the [ambassadord’s] loyalty to the homeland must not be under question.”

A previous proposal submitted in parliament by the two Albanian parties of the opposition, individuals who can prove they’ve resided in the country for eight years before the Macedonian independence day in 1991, will be eligible to claim Macedonian citizenship.

According to the proposed changes, only two witnesses will be required for anyone to prove their claim for Macedonian citizenship. The opposition has seen this as a way of boosting the number of Albanian citizens prior to the population census in 2021.