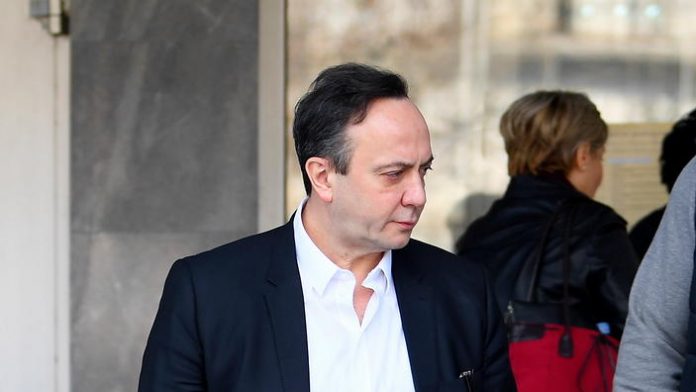 The former director of Macedonian Counter Intelligence (UBK) and influential VMRO member Sasho Mijalkov has been missing since the morning. Authorities have a warrant out for his arrest after the police didn’t find Mijalkov in his home to hand him a court decision for temporary house arrest.

Mijakov would have been under 24-hour house arrest enforced by the police, potentially until a court proceeding scheduled for Friday when the prosecutor is expected to pronounce a sentence.

In recent weeks, Mijalkov attended court proceedings for the case Target-Tvrdina in which he is implicated for the unauthorized tapping of telephone conversations of political opponents, government institution officials, journalists, civic activists and, allegedly, his own party members.

According to the prosecution, in February 2015 Mijalkov had ordered his UBK colleague Goran Grujevski to destroy three tracking systems used for monitoring telephone communication. Grujevski allegedly complied, in violation of the law, for which he is also implicated in the same case but has exiled himself in Greece where he is unavailable to the authorities.

The prosecution has taken into account a document from a domestic expert that refuted the Israeli company’s findings and the court has taken this evidence into consideration.

On February 16, prosecutor Lenche Ristoska demanded the maximum sentence for Mijakov’s Target-Tvrdina case. The court has said it will announce its decision on Friday, February 26.

The former head of intelligence was crucial in securing the needed MP votes that resulted in a change of name for the country. Mijalkov is also implicated in three additional cases.