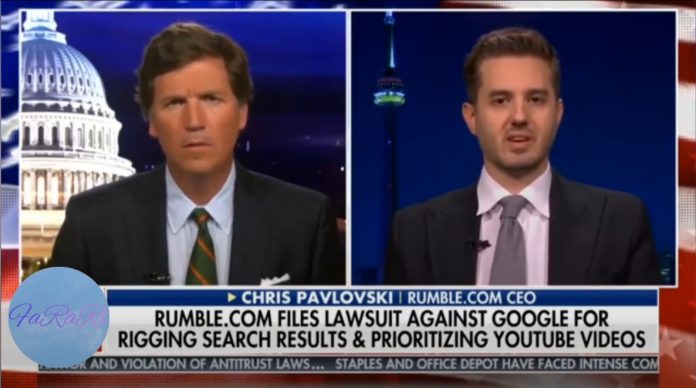 Rumble, the video sharing platform that was founded and led by Macedonian-Canadian Chris Pavlovski as CEO, has announced it is filing a $200 million antitrust lawsuit against Google, which it accuses for rigging its search algorithm at the detriment of his platform’s users and revenue stream.

Pavlovski appeared on Fox News’ Tucker Carson where he stated his company’s finding that up to 9.3 billion Rumble users were being redirected to YouTube, which amounts to financial damages greater than $2 billion dollars.

Pavlovski alleged that Google is rigging its search engine, removing any chance of other platforms getting a fair chance at competing against the search giant.

“If they [Google] can rig the search engine for cats and dogs videos, they can rig it for anything,” said Pavlovski.

Rumble has more than two million content providers and large viewing audience, which makes the platform a potential rival to YouTube.

Perhaps more significantly, Rumble has attracted conservative creators that moved to the platform as a result of a political crackdown from companies like Amazon, Google and Apple, purging social accounts and platforms like Parler.

Before starting Rumble, Chris Pavlovski founded the IT company Cosmic Development which has offices in Skopje and Bitola in addition to Toronto and Belgrade.