Macedonian Plan to Decriminalize Cannabis met by Objection from within Government 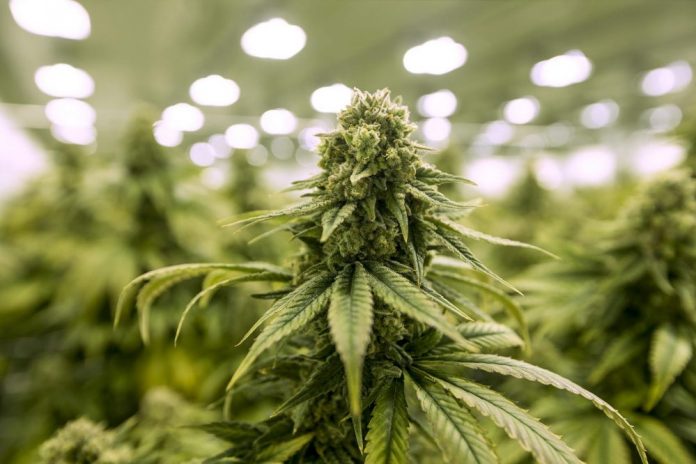 “Noone should end up in jail for having half a gram of cannabis” stated Prime Minister Zoran Zaev in his national address on December 21 during which he emphasized that the government is planning to decriminalize the use of the plant in the time ahead.

The Premier’s views were echoed by the Interior Minister Oliver Spasovski in an interview for the news channel 24TV. He believes it is time for a national debate regarding the subject but can’t rely on detailed analyses of whether that would decrease the illegal trade in marijuana.

Until this moment, the government has issued 59 licenses that enable companies to grow cannabis and harvest its flower for the production of cannabis oil, however, exporting and selling of either the flower or products containing cannabinoids is still forbidden by Law.

From the podium in the Government building, Zaev referred to the economic potential for the country. The projections are that decriminalizing the use and sale of marijuana and products derived thereof can generate more than 250 million euros annually in exports.

The prime minister noted the indicative medical benefits from the use of the plant against disorders like multiplex sclerosis, epilepsy, malignant tumors and cancers and stated his expectations for a national debate June 2021.

On December 23, Zaev wrote on his Facebook profile that according to the intended changes in the Law on drugs, 20% of the sales tax will go towards multiple funds – such as the fund for children who suffer from rare disease, sports fund, culture, civic society sector and medical needs.

The decriminalization project may be thwarted by SDSM’s main coalition partner, DUI. That party’s high-ranking member and Speaker of the national assembly, Talat Xhaferi, has said last night in an interview for TV21 that the country isn’t prepared for the move: “To smoke marijuana instead of cigarettes… the perceptive preconditions among our citizens regarding legalization are not in place.”

It seems that the decriminalization of cannabis that is expected to give the national economy a much-needed jolt is going to be a long and troublesome process. In addition to the likelihood of certain EU member countries opposing competition from aspirant countries like Macedonia and Albania, there is the problem of the criminal underworld that trades in marijuana and other drugs.

While those who have already invested large sums in the high-risk and high-return business of licensed cannabis production expect the move that will release a potential windfall of profits, the police have been active in combating the illegal sale of marijuana. A recent surge in arrests has led to the capture of around 550 kg of packaged marijuana, 4.5 kg of heroin, and 1 kg of cocaine resulting from separate raids.

When asked about the theft of 2 tons of marijuana from a production facility near the town of Valandovo, Interior Minister Spasovski responded in his interview for channel 24TV that the police has been able to retrieve more than 300 kilograms from a raid in the village of Arachinovo, near Skopje. Spasovski added that his ministry has information that the remaining 1.7 tons have been shipped outside the country.