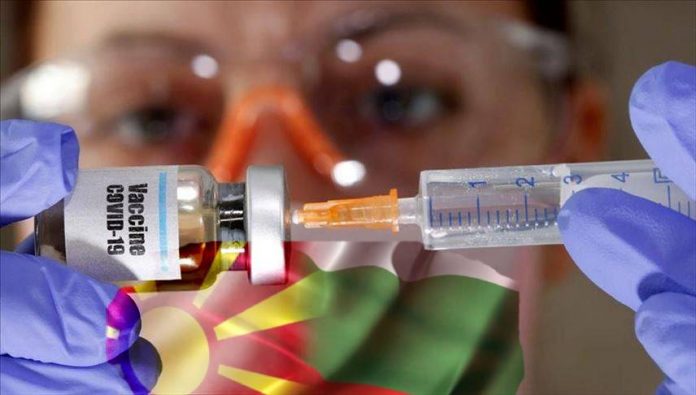 The Macedonian Minister of Health, Venko Filipche, attended a session of the Bulgarian parliament on December 22m during which he thanked the government of the host country for pledging to donate covid-19 vaccines for the needs of the Macedonian citizens.

Mr. Filipche’s own ministry has not made a purchase of the vaccine yet. In an interview for the Macedonian TV channel Sitel, Filipche stated that as a member of the EU, Bulgaria has had the privilege to make direct purchases from multiple producers of the vaccine.

At a meeting between Filipche and the Bulgarian Prime Minister and Minister of Health, it has been concluded that an unspecified supply of vaccines will be donated to his country from every shipment that is received by Bulgaria. Filipche stated that Greece and Poland have both announced their wish to supply Macedonia with the vaccine.

The passing of the fiscal budget for 2021 by the Macedonian parliament has revealed that a great portion of the money – 664 million euros – has been allocated for the health sector.

The donation of covid-19 vaccines was saluted by the prime ministers of the two countries, Bojko Borissov and Zoran Zaev. In a Facebook post, the Macedonian counterpart stated that he has personally expressed his gratitude to his Bulgarian colleague and to the people of Bulgaria. Zaev wrote: “the donation is a humane gesture and an exceptional act of friendship towards the Macedonian people and to all citizens of North Macedonia.”

Bulgaria’s Prime Minister Bojko Borissov stated that his country is giving the donation “with a clean heart.” Following his visit with Filipche, Borissov’s statements for the media reflected his hopes of overcoming the impasse: “In the coming year, together with Ekaterina Zakharieva and Krasimir Karakachanov, we will find a common solution for the Macedonian integration in the EU.”

Borissov concluded, “It’s nothing scary…” – possibly referring to his country’s veto on the start of the Macedonian negotiations – “it is only a matter of [finding] political will in both sides in order to reach to that point.”

Meanwhile, the Macedonian Foreign Minister Bujar Osmani has stated on December 22 that his ministry hasn’t received a response from Bulgaria about the non-paper that proposes potential solutions to overcoming the issues between the two countries.

Part of the Macedonian public has decried the covid-19 vaccine donation to be Bulgaria’s way of ameliorating the effects of the veto. In the past few days, both sides have exchanged jabs, with the Bulgarian defense minister saying Macedonians didn’t exist before 1945, which was promptly rebuffed by Macedonian PM Zaev in a statement for the media.

The giving and accepting of the donation, followed by cordial remarks, can be seen as a necessary rapprochement amidst the stalemate. Bulgaria has received bad press in the EU for blocking the Macedonian integrative process, however, high-ranking politicians in that country shook off the likelihood that this will have any impact on their policy towards the Macedonian state. What appears to be obvious is that the donation is a highly-publicized ploy that announces the coming rounds of negotiations.