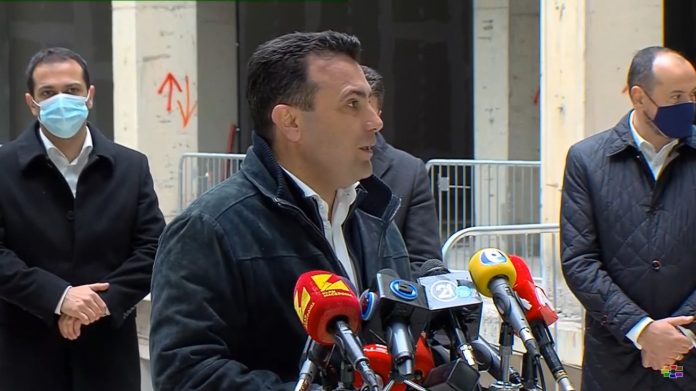 The Italian daily La Verita writes that Zoran Zaev and Venko Filipche tried to procure Covid vaccines from a phantom-company based in Hong Kong. According to the article, this is the main reason for China returning the Macedonian government’s advance payment for Sinofarm vaccines.

Based on information brought out by the newspaper, the Zaev government and the Prime Minister personally, outright lied about the reason for the delay of the Chinese vaccine.

The La Verita article, reports the news portal MKD – states the newspaper is in possession of two letters signed by Minister of Health Venko Filipche.

The first letter, dated 25 December 2020, speaks of the extremely late request for vaccines. The second letter dated 25 January 2021 states that the maker of the vaccine will be relieved of any responsibility in the case of adverse effects caused by it to Macedonian nationals.

Official Beijing became suspicious of the private Hong Kong-based company and feared manipulation, prompting the government to stop the transaction, states the article. This is because China adheres to the principle of directly overseeing how governments manage provisions and the distribution of vaccines.

In a timely interview for the television channel Sitel, Zaev stated that the Government has tried to procure vaccines from China through different channels – including the sister company of Sinohydro, which is one of the contenders for the Government tender for a major hydro-electric project.

This information underpins popular suspicion that the Macedonian Government is highly selective as to how the vaccines are procured, for the purpose of controlling prices and profits.

In an interview today Zaev explained away his Government’s attempt to procure vaccines saying everything was legal and with the knowledge of Sinofarm.