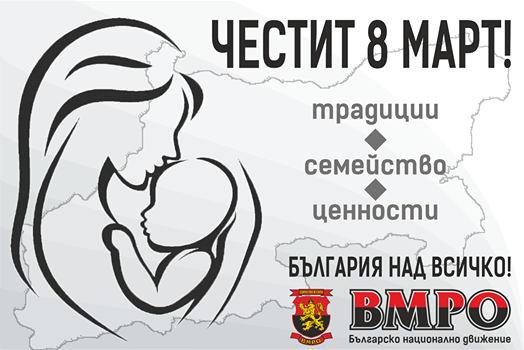 The map’s borders are of Bulgaria during the WWII fascist occupation of Macedonia, in which tens of thousands of people where killed, including thousands of members of the Jewish community.

The image also includes a clipart of a woman holding a baby and the caption “Bulgaria above All” along with the logo of his party.

The Deputy PM, who is also Defense Minister has used another opportunity to score points among Bulgaria’s far right nationalists ahead of the March elections.

Macedonian President Stevo Pendarovski has responded to Karakachanov’s move which he called “an open violation of the good-neighborly agreement.”

According to the agreement, article 11 line 3 states that the two parties do not and will not demonstrate territorial pretensions against one another.

“This is contrary to the basic principles and values of the NATO alliance to which both countries are members,” reads part of the response sent from Pendarovski’s cabinet.