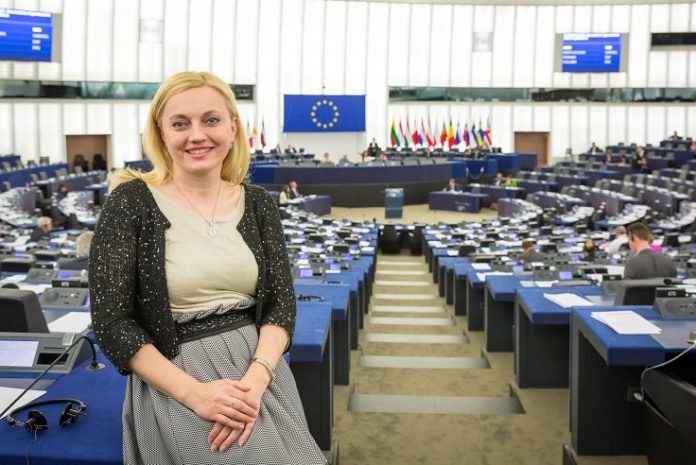 Marijana Petir a member of the EU Parliament has been removed from the parliamentarian group “Friends of Macedonia”, by request of the Macedonian government, reports the news portal mkd.mk.

In 2016 she restarted the parliamentary group which numbers 20 representatives, however, she hasn’t been treated with the deserved respect by representatives of the Macedonian government led by SDSM.

In a statement for mkd.mk, Petir says that the government doesn’t communicate with people who don’t share the same views as them. The government hasn’t contacted her in months, despite paying regular visits to institutions and bodies of the EU.

Petir adds that she was contacted by her secretary that a new parliamentary group for Macedonia is being formed in the EU Parliament, to which she hasn’t been invited to join.

Petir says she couldn’t stand from the side and watch Macedonia suffer from the injustices that are being prepared by adversarial groups, which is why she has been a staunch supporter of the country.

“I believe that the Macedonian people deserve respect and justice – they deserve to be citizens of the EU and part of the European family to which they can bring their full identity,” states Petir for the news portal.

With the unrighteous and damaging removal of Mariana Petir from the parliamentarian group dedicated to Macedonia, the Macedonian people and country have lost one of the rare conscientious voices who aren’t afraid to stand up for justice and tolerance.