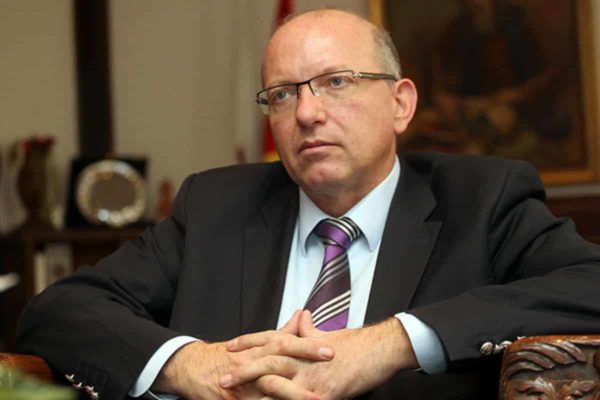 The Macedonian Chamber of Commerce celebrates 99 years since it was founded today, a milestone that places it amongst the oldest institutions in the country. To mark the occasion, the Chamber is hosting a televised event with a number of special guests, including an online appearance by international actress Monica Bellucci.

The Chamber of Commerce has played an important role in providing support and coordination to the Macedonian economy. Its employees follow domestic and international trends, conduct research and work towards generating employment.

Their efforts are helped by three PhD’s, 15 postgrads and a great number of experts. Part of the group is a network of a few thousand engineers, economists, academics, attorneys and experts at the law.

According to its fact-sheet, members of the Chamber generate half of the total amount of revenues in the private sector, 47.6% of all earnings and employs 33.7% of the people which is every third working person in Macedonia.

The Macedonian Chamber of Commerce has been chaired by Branko Azeski whose expertise can be heard in economic projections and pressing issues related to the economy. Azeski has called for reforms in education in order to sustain the demand of domestic companies and thereby decrease unemployment.

In a column for the news portal mkd.mk Azeski stated he is concerned about the growing rift between the private and public sectors. He underscores that the country’s advancement depends on those two sides being in equilibrium.

Azeski states that companies in the private are more advanced compared to the rate of development seen in institutions of the state. The public sector suffers from weak stimulus, inefficiency and influence from political parties.