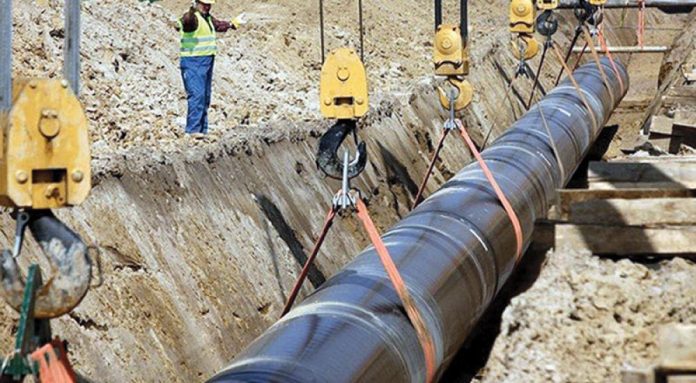 The Government and the opposition have been at war for the past four days over а Law that aims to settle a longstanding legal dispute between the country’s biggest supplier and vendor of oil and gas, Makpetrol and the Macedonian Government.

The two parties are joint shareholders in the company GA-MA which operates the national gas infrastructure, going against the EU-aligned 2018 Law on Energy according to which the energy supplier cannot own and operate the infrastructure at the same time.

If the law is passed, Makpetrol is going to receive a payout for its 50% share in the infrastructure developed by GA-MA, and that will cost 33 million euros from the national budget. This is going to make the government, through the Ministry of Economy, the sole owner of the gas infrastructure.

The disputed legality and cost of the payout has caused a large controversy with parliament being blocked by the opposition to stop the bill. According to opposition MPs, the bill is 14 million euros too expensive, due to Makpetrol’s share being valued at 20 million only few years ago.

During the parliamentary session on December 27, opposition Levica MP Borislav Krmov raised the question of why doesn’t the Government and Makpetrol settle the dispute in court if they have reached an agreement that is good for both parties.

Both Levica and VMRO have accused SDSM of trying to bypass the legal system by initiating a settlement in parliament instead of settling the dispute in the courts.

The main opposition party VMRO-DPMNE describes the decision to pass the Law “scandalous.” MP Dafina Stojanovska calls the Government’s attempt to bypass the legal system a “proof” that “Zaev is fully aware that he is committing a criminal deed.”

VMRO has been successful in preventing the law from being passed. MPs of the main opposition party filibustered the session until late in the night, prompting the speaker to postpone the proceedings. As of December 28, the Law is still being debated in Parliament.

A representative of the Macedonian Center for Energy Efficiency, Konstantin Dimitrov, has stated that the markup of more than 10 million euros from the initially-agreed settlement between the state and Makpetrol of 20 million euros, doesn’t reflect the rates of inflation of the past four years.

“The fact that the two parties want to settle the dispute outside the courts is raising suspicion as to what is behind such a forceful act in Parliament,” concludes Dimitrov.

The development of liquid natural gas (LNG) infrastructure is a strategic objective of the country, at the moment only the cities of Strumica and Kumanovo are partially supplied with this fuel.