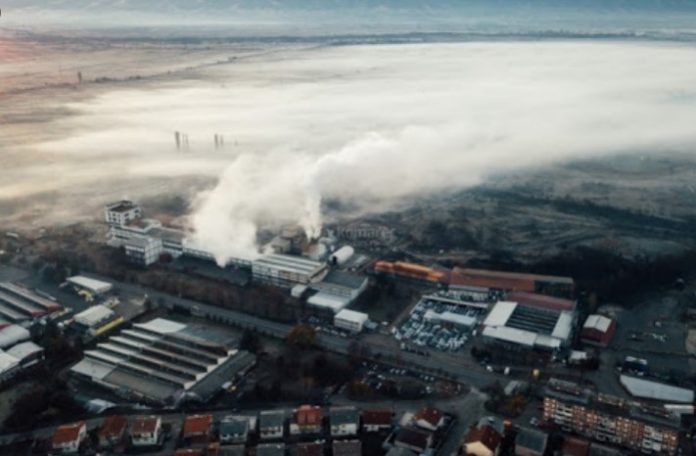 More than 200 residents of Kochani gathered in front of the local paper mill to protest against the emission of fumes created by the facility on December 26th.

A spike in air pollution has been attributed to the factory, sparking the fourth protest since the start of December. The factory is a subsidiary of the Bulgarian Unitrade Cluster which operates in the paper and plastic recycling and production industry, owning seven factories.

The protesters announced that they are going to take radical measures against what they say is the leading source of pollution in the city. They have also announced legal charges against the company.

The state inspectorate for environmental protection has announced it has conducted an inspection on the premises resulting in a proposal for a fine of 20,000 euro on December 28th.

The paper mill has been ordered to conduct daily emission monitoring and install an advanced air filter. If the production facility doesn’t cut down its carbon emissions, the state can sanction a conversion of the fuel system from wood pellets into LNG.

Kochani is a city of nearly 30,000 residents, nestled on the northern edges of a fertile valley of the rivers Bregalnica and Orizarska. The area is renowned for the production of rice and tomatoes, among other grain and vegetables.