COVID Vaccine Donation to Macedonia only for ‘Bulgarians’ 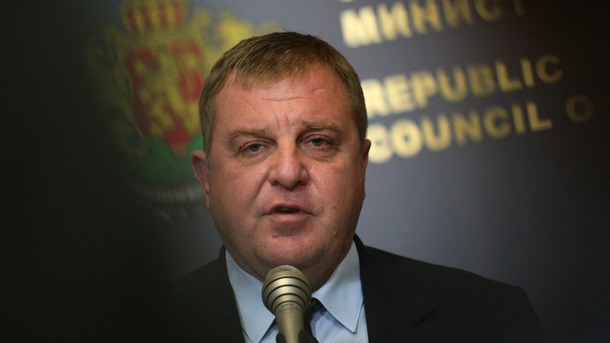 The Bulgarian Vice Premier and Defense Minister Krasimir Karakachanov is scoring political points at home, at the expense of Macedonian dignity and EU values ahead of the parliamentary elections in Bulgaria in March.

Mr. Karakachanov’s go-to strategy since September has been to make degrading comments directed at Macedonians and denying Macedonian ethnicity altogether, scoring points with radical nationalists at home. So much for the European spirit of good-neighborly relations – the norm that is expected from the Union’s members and aspirants.

With European leaders busy dealing with the Covid crises and BREXIT, Macedonian PM Zaev’s all in approach to kick start EU negotiations has failed dramatically following a veto and an ongoing diplomatic spat spearheaded by Bulgarian Karakachanov and members of his party.

In his recent visit to Bulgaria, the Macedonian Health Minister spoke in Sofia’s parliament to give diplomatic praise to the Bulgarian donation of Covid vaccines to his country.

After the news of the donation was publicized in the media, the Bulgarian and Macedonian prime ministers exchanged congratulatory remarks that had the bearing of a hopeful restart of negotiations.

Enter, Karakachanov. On December 25, the Bulgarian vice-premier made a statement that may be revelatory of a prolonged and harrowing diplomatic and political journey for the Macedonian government of Prime Minister Zoran Zaev.

Karakachanov stated for the Bulgarian TV station BNT that the Covid-19 donation by his country is not for his “neighbors” but for the “Bulgarians citizens living abroad.”

“Bulgaria is a state for all Bulgarians. We have brethren living in countries outside the EU. These are Bulgarian citizens. Since we have recognized them as Bulgarians we have to provide them the opportunity to receive help,” alluded Karakachanov to more than 70,000 Macedonians who have obtained Bulgarian passports after that country became a member of the EU – in a desperate attempt to gain employment in Germany or the UK.

The inevitable question arises from Karakachanov’s proven track record of doing everything in his power to own the Bulgaria-Macedonia dispute for political gains – by attracting the public’s attention to his far-right VMRO-BND party in the upcoming elections:

Is Bulgaria leveraging the Covid-19 vaccine donation to Macedonia in order to make inroads among Macedonians who have obtained a Bulgarian passport?

A strictly political motive to the promised vaccine donation becomes apparent. Many seem desperate to receive Covid-19 antibodies and hopefully save their life from the disease and may be quick to jump to Bulgaria’s ploy.

In an unusual twist of politicking, the Macedonian government hasn’t made any announcements about procuring Covid-19 vaccines, while Serbia – also a non-EU country has already begun vaccinations.

According to Vladimir Hrisanfov, economic advisor at the Russian Federation’s Embassy in Skopje, more than 50 countries from around the world have submitted their request to procure the Sputnik V vaccine and Macedonia wasn’t among these.

Mr. Hrisanfov said in his interview for Sitel TV that the Macedonian government did not respond to an offer that was sent by the Russian embassy to a government employee appointed by the health minister Venko Filipche.

A sizeable sum of the 640 million euros from the Macedonian fiscal budget for 2021 is marked for health expenditures. Instead of procuring it’s own vaccines, why is the government solely relying on donations from a country that is blocking its path to the European Union and denying the ethnicity of its people?

Neither the Macedonian or the Bulgarian government disclosed how many vaccines are going to be dispatched to Macedonia.

The act of donating on the part of Bulgaria and the act of receiving on the part of the Macedonian government are symbolic, albeit political, gestures directed at jump-starting a negotiation process where the latter is not on an equal footing.

Whether Bulgaria is going to leverage the Covid-19 donation in the same way as Russia leverages its LNG taps vis-a-vis Ukraine, we shall get to observe as the Boyko Borissov government is getting close to the date of the parliamentary elections.