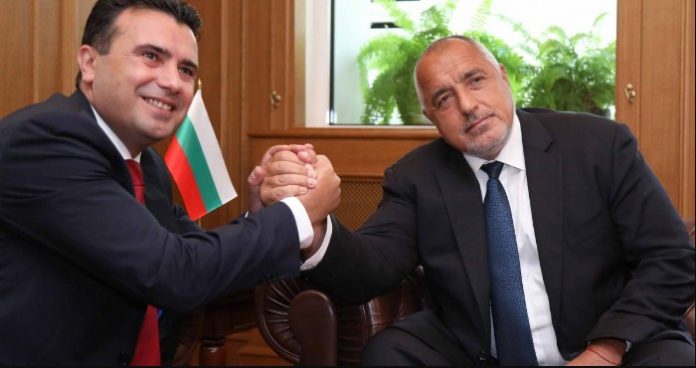 Bulgaria wants to stop the phrase “Macedonian history” from being used by Macedonia in a formal context, including public manifestations, school textbooks and publications that are supported with the state budget.

If the Macedonian government accepts this condition as a way to start EU negotiations, all historic events and notable persons for the freedom of the Macedonian people will be given a different historic context and treated as separate from the history of the current Macedonian state, which was formally signed off as “North Macedonia” by Zoran Zaev in the Prespa Agreement.

Although Petar Atanasov is not the only SDSM member who has called-out Zoran Zaev’s handling of the situation, he is most direct in telling the obvious repercussions of negotiating with a side that hasn’t shown the faintest trace of a good will or respect for the Macedonian people.

In his statements regarding the negotiations with Bulgaria, Atanasov stated that the country that has the name Macedonia can and must continue using the adjective “Macedonian” and the phrase “Macedonian history”.

According to news reports the Macedonian commission hasn’t accepted the Bulgarian request, however the move by official Sofia is indicative that it sees the opportunity of arm-twisting Zoran Zaev into accepting its demands.

The former member of parliament and deputy minister of education, is known as the author of the “One Society For All” platform on which Zoran Zaev’s SDSM ran and won the national elections in 2017, however, he quit his position after only ten months at the ministry.

Atanasov quit all of his government appointments and made his resignation public in June 2019 citing as reasons the lack of reform and abundance of formalities in the Ministry of Education, as well as the rise of nationalism and ethnocentrism.

One of the most vocal proponents of democratic values, media freedom and an open society in Macedonia, Mirjana Najchevska, calls for a freeze in the relations with Bulgaria.

The university professor calls for this proposal to remain valid until Bulgaria formally deals with its communist and fascist past, ceases using hate speech in the media, reneges its San-Stefano (Greater Bulgaria) aspirations and begins respecting the international conventions which they have ratified.

VMRO-DPMNE has accused Zaev of “systematically dismantling the state” by giving up on the adjective “Macedonian” from being used in formal documents and in school textbooks. The opposition is suspicious that Zaev is ready to accept the Bulgarian ultimatum.