Ezgjan Alioski: Win against Germany at home can take Macedonia to the World Cup 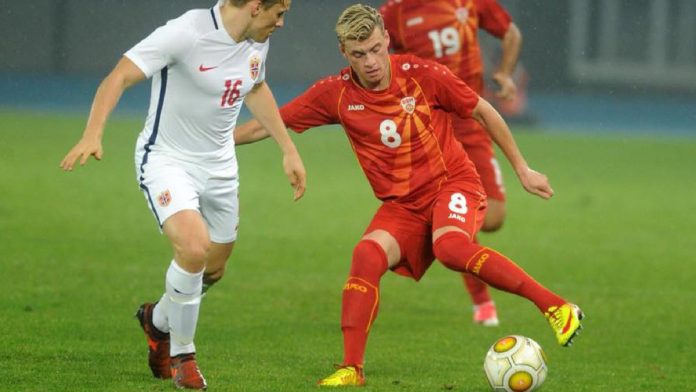 Macedonian national team and FC Leeds player Ezgjan Alioski played 90 minutes on the pitch and made significant contribution in the grand 1-2 away victory against Germany.

Although his sliding tackle resulted in the penalty that Gundogan converted for a tied game, Alioski was in turn tackled by Leroy Sane who was sanctioned with a yellow card.

Alioski took all five corners for Macedonia and he delivered the unnerving free kick that endangered goalkeeper Ter Stegen in Macedonia’s second serious threat to his goal.

Only three minutes later, in the 43rd minute, Bardhi crossed to Pandev who put the ball in the back of the net.

Ezgjan – Gjanni Alioski summed his impression about the big win against Germany for the football news site Zona Goal:

“We entered the match with a big wish to play because we knew we have nothing to lose. It was our chance to show our quality. We played a good tactical game and this win will be remembered for a long time.

There hasn’t been another team from the Balkans that has won away against Germany. The ‘small’ Macedonia took the win away from the four-time world champion.

We have to enjoy this because it’s a historic win, but also, if we want to play in the World Cup we have to go for a win against Germany at home.

The team has individual quality, all the players in the starting lineup are internationals and I think this helps.

Organization-wise, we are perfect, starting with the federation President Sejdini, coach Angelovski and the players.

We have great confidence. We’ve been together for five years and we aren’t just colleagues, we are friends and a group that is united.”

Alioski, who debuted with the senior team against Wales in 2013, has been playing as Macedonia’s starting midfielder since the previous World Cup qualification cycle.

His contribution for the team is marked by energetic dashes both in defensive play and in the offense and precision passing. He is known to deliver dangerous free kicks into the box and he has scored seven goals for Macedonia.