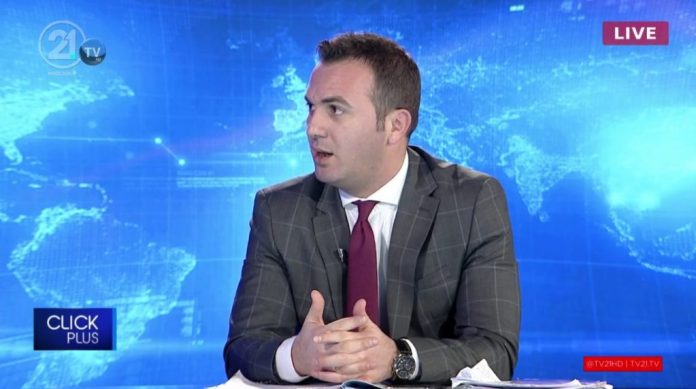 The Democratic Union for Integration (DUI), which is the largest ethnic Albanian party in the Macedonian government, has stated it will not accept the results of the Macedonian census if the number of Albanian residents falls under 20%.

This announcement was made through DUI MP and former Minister of Education Arbr Ademi in his appearance on the TV program Klik Plus on TV21.

Ademi added that in 2017-18 there had been 121,272 registered students in the country that have been listed as ethnic Macedonians versus 60,709 listed as ethnic Albanians which expressed in percentages is 64.22% versus 32.15%.

Halil Snopche, MP of the Albanian Alliance-Alternative parliamentary coalition has brought out statistical information relevant to the number of deceased versus newborn residents between 2013 and 2019, according to which, Snopche says, Albanians are above 29%.

The importance of the census is crucial for future policy making in the country, however political conditions have prevented the census being conducted in the past. The SDSM led government has said it will conduct a fair census according to international standards but has been unable to specify how. Subsequently fears of manipulations being common place.

The main opposition party VMRO-DPMNE has threatened not to accept the results and has been rallying support against the population census in April, claiming the SDSM/DUI governing coalition has set the figures ahead of time and is going to gauge the census to reach specific numbers.

VMRO leader Hristijan Mitskovski has stated that several countries around Europe, including Germany and Bulgaria, have delayed the population census due to the Covid virus situation.