With fears of manipulation – Macedonia moves towards census 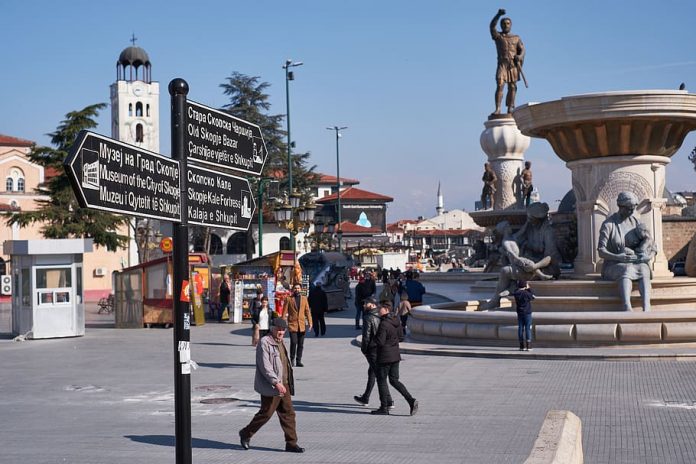 The Macedonian public is bracing itself for the first population census since 2002, which is due to take place between April 1 and 21. Already shrouded in controversy, multiple delays and accusations of manipulation and back door deals, an accurate census is vital for policymaking in the country which has not had an accurate picture of its population for almost two decades.

The period leading up to the census – if it goes ahead, is expected to be steeped in anxiety and suspicion that are grounded on previous events where charter flights, ethnic gerrymandering and irredentism have been harnessed towards manipulating the demographic picture.

Albanian expansionism in the country being at an all-time high, with bolder sensationalist demands being placed on the Macedonian political parties to secure government, the general population fears a back door deal to secure ethnic Albanian party loyalty will not give an accurate ethnic picture of the country.

A drop in population is certain, however, uncertainty lays in how the ethnic makeup of the country will be effected by the decline. Albanian parties have been delaying the census for years fearing a dip below the 20% of the population – a key number for ethnic Albanians. Percentages have dominated political life following the Ohrid Framework Agreement which saw an end of the 2001 conflict by guaranteeing broader ethnic rights to the Albanians according to “Badinter’s principle” of ethnic representation in institutions of the state and at the municipal level.

Ethnic Macedonians are concerned about a repeat of the first and second population censuses following the country’s independence which saw the social democrats SDSM granting wholesale citizenships to Kosovo Albanians in exchange for votes – around 100,000 citizenship where granted during the period. In previous censuses, long-term emigrants where organized to participate via transport of charter flights and buses in order to contribute to their ethnic group’s share of the population and to add votes in elections.

With the official methodology being kept under wraps by SDSM/DUI, neither the public nor opposition parties have a way of knowing how the Government is planning to carry out the census. Nevertheless, the opposition had succeeded in submitting 40 amendments to the proposed census law, all of which were turned down by SDSM and DUI MPs on December 30.

This lack of transparency raises suspicion that the ethnic picture may be manipulated again by back door deals and a possible granting of citizenship by lax procedure, as it has already been proposed in Parliament.

The main Macedonian opposition party VMRO-DPMNE has called on the government to conduct the census with fingerprint scanners to ensure accurate data. Prime Minister Zoran Zaev has indicated that he willl try and secure 5000 fingerprint readers for the census, however has added that this is not a way in which census-takers can annotate residents who are not in the country between April 1 and 21. Although Zaev has tried to give an assurance that the census is going to be conducted according to EUROSTAT standards and monitoring, it doesn’t go far in dispelling widespread suspicion.

Levica MP Dimitar Apasiev wrote on his Facebook profile that the government is preparing to “counterfeit the census” by enabling ways for long-term nonresidents to be counted as residents. Apasiev is pointing to the Albanian migration around Europe which has traditionally flocked the country during elections, referendums and population censuses.

VMRO has accused SDSM of “toying around with a process of strategic importance.” According to the party spokesperson Naum Stoilkovski, census workers are going to count the number of passports instead of counting the number of residents. In his statement for Radio Lider, Stoilkovski expressed his party’s position that the government’s attempt to push the Law proposal without disclosing the methodology equals an attempt at “falsifying the results”. The spokesperson claimed that SDSM is delivering on political concessions in order to survive in power.

Conducting a national headcount is an absolute necessity if the country is to plan a successful future, cater for the needs of its citizens and start formal negotiations with the European Union. Whether or not the current government can conduct a fair and accurate census is highly doubtful given it’s incompetence across all parameters. Even a strong majority government of VMRO/DUI-led could not deliver a census in 2011, with disagreements regarding an “unequal application of census methodology” being cited by the State Census Commission as the reason for stopping that census.