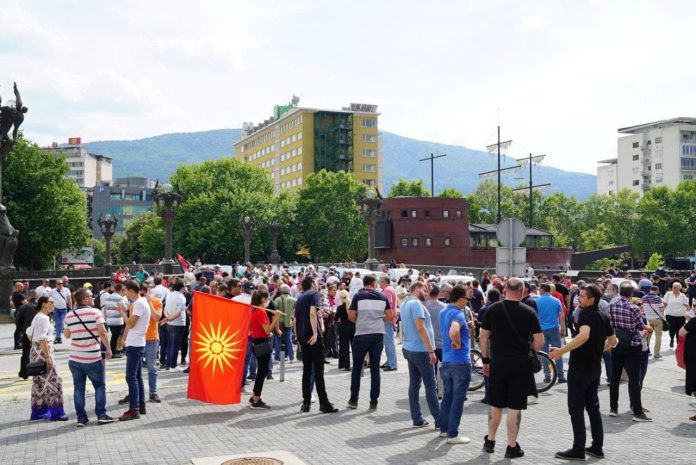 In day 4 of the country’s main opposition party’s nation wide blockades, VMRO-DPMNE’s leader Hristian Mickoski called on Prime Minister Zoran Zaev, Nikola Dimitrov and Bunjar Osmani to appear before Parliament and provide details as to what is being discussed with Bulgaria.

“We call on Zaev, Dimitrov and Osmani to appear before the Parliament as a home where the MPs are located and to “explain to the citizens through the MPs and the public what additional annexes are being discussed regarding the Agreement with Bulgaria and why the public was lied in 2017 that the Agreement with Bulgaria has resolved all Macedonian-Bulgarian disputes and paves the way for the EU. We see that this is not true and we believe that Zaev, Dimitrov and Bujar Osmani owe that truth to the citizens, the Parliament and the public.”, stated Mickoski on a Facebook post.

Facebook
Twitter
WhatsApp
Linkedin
Email
Previous articleISIS member given Macedonian Passport with stolen identity by Ministry of Interior
Next articleRonaldinho will be cheering for Macedonia in Euro2020; Pandev addresses the nation [Video]