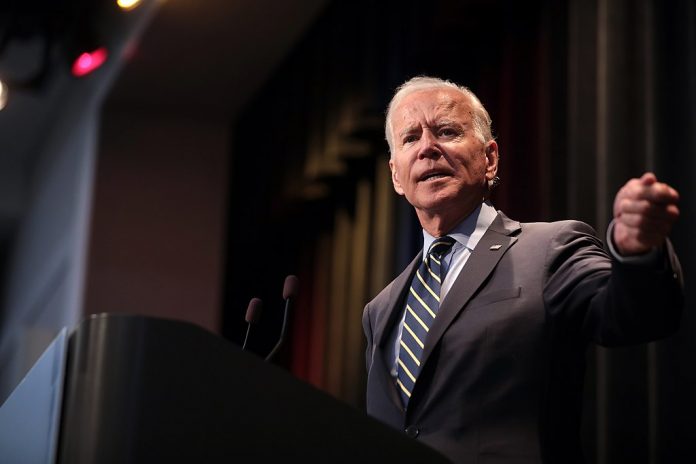 The US President issued an Executive Order for the Western Balkan region, in a move to cement US geostrategic policies, and for Macedonia to try and ensure the transformation of the country into “North Macedonia”, while also targeting corruption in the country.

The Executive Order will see people ‘blacklisted’ if the US deems them corrupt or working against the Prespa Agreement. Individuals or entities from Macedonia will undergo sanctions, which include a ban on entry into the United States and a freezing of assets and finances in the United States. US citizens will be prohibited from making transactions with persons on the sanctions list.

The Zaev led Government welcomed the Biden administrations move, stating that it is reaffirming its support for stability efforts in the region.

The popular opposition party Levica has openly opposed the Agreement and has reiterated it would not change it’s policy.

“Agreements like the Framework Agreement and the Prespa Framework Agreement promote regional instability, and not the other way around. Years of experience have shown that the Ohrid Agreement is only a means of satisfying the narrow party interests of DUI, which has been in power for 20 years. Dedicated to the leftist tradition to the end, Levica will continue to oppose all harmful policies and agreements that are contrary to national interests, set by ASNOM (anti-fascist Government),” said the party in its Facebook post.

Macedonia’s main opposition party had a more balanced response, stating every sovereign country has the right to protect it national security and that membership in NATO, the protection of national identity and membership in the EU are a strategic priority of VMRO-DPMNE.

The Prespa Agreement is largely unpopular in Macedonia, it’s passing was rejected by the population in a national census, while the Western backed Zaev Government pressured and blackmailed opposition MPs to gain the necessary votes to pass the agreement in the country’s Parliament.

Meanwhile the Executive Order comes at a time when opposition to the Prespa Agreement is rapidly growing in the country. As the Agreements effects on ethnic Macedonian identity become more clear with its implementation, it has been called a factor of destabilization by the country’s chief Academic. Bulgaria’s blockade of Macedonia on its EU path has further disenfranchised Macedonians.

The country’s previous President, Gjorgi Ivanov highlighted the sentiment of ethnic Macedonians, saying, “With this Greek Agreement the Macedonian nation is legally abolished”.