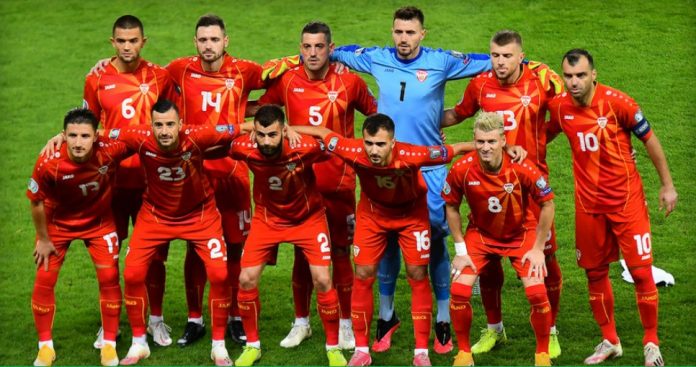 Today at 20:45 CET, Romania will host the Macedonian football team for the first game of the qualifications rounds for the World Cup in Qatar.

Macedonia and Romania have faced off on five previous occasions. The only win for Macedonia was on neutral grounds in Australia, in a friendly game that was won one to null in 2010.

The tradition is on the side of Romania, having won every one of the previous games. Macedonia has scored a goal in all but one of these games.

Nevertheless, today’s Macedonian team feels the confidence of having qualified for the Euro 2020 and Romania is approaching the game carefully.

Romania’s coach tested positive for the covid virus and will not be on the sidelines, but this is probably not the reason why his team will play a conservative formation of 4-5-1 with only one attacker.

Macedonia’s coach Igor Angelovski will play a familiar formation of 3-4-3 where the three attackers are all from the Seria A championship: Goran Pandev, Elif Elmas and Ilija Nestorovski.

One of the surprising details about this game is that, perhaps for the first time, Macedonia’s team is more expensive than that of a renowned rival, like Romania.

Macedonia’s players have an estimated aggregate value of about 54.2 million euros while the Romanian squad is estimated to be 42.6 million.

The national team has a tough schedule – three qualifiers in a ten-day period. The game with Romania will be followed by a home game against Liechtenstein on the 28th, followed by the first-ever face-off between Macedonia and Germany, in Duisburg on March 31.