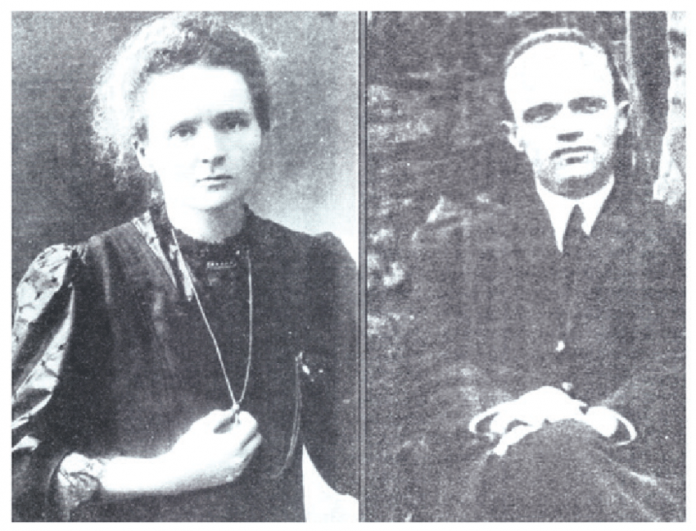 Anastas Kocarev (Kotzareff) resolved to study medicine after a three-fold tragedy struck the old Ohrid family of Kocarevi. Young Anastas witnessed the early passing of his mother and later two of his sisters.

His mother’s death was caused by cancer, a disease that had been unidentified as such in Macedonia at the turn of the 20th century.

Anastas was profoundly touched by the experience but his determination to make a contribution to humanity resulted in him producing the first-ever x-ray on a photographic plate of a patient with cancer.

The achievement earned him a reputation in Paris, where he conducted his research. Representatives of the Macedonian communities in France and Switzerland marked the occasion by laying wreaths on his final resting place – on the 90th year since his passing. 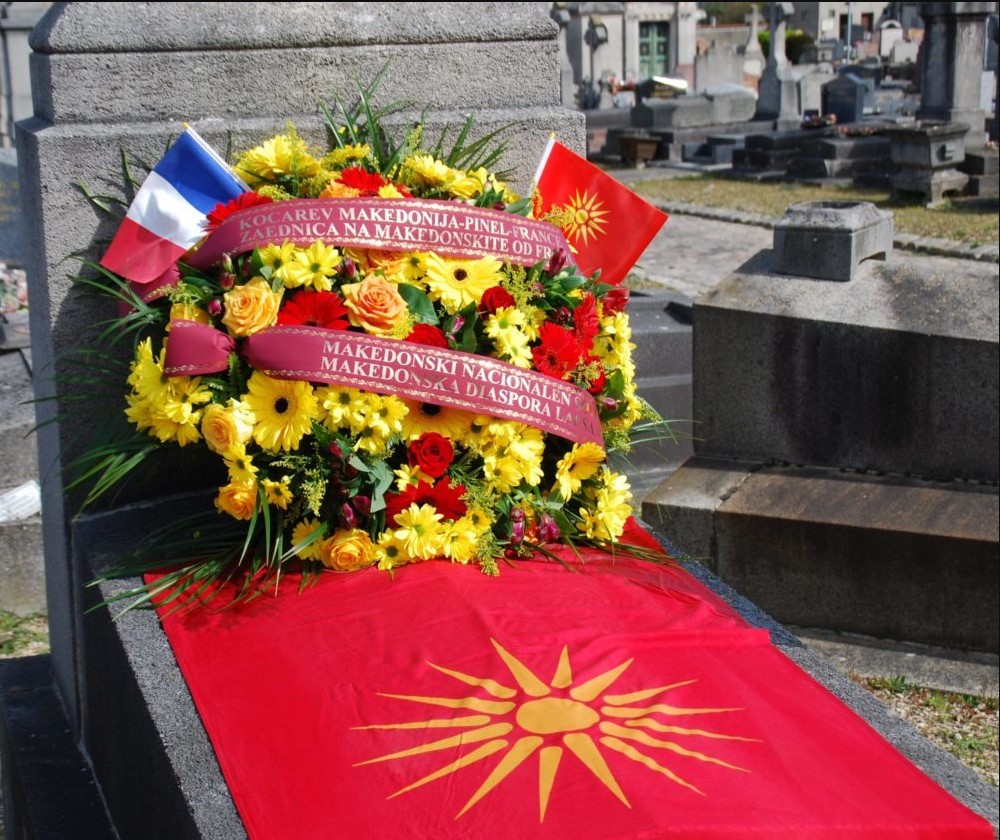 Anastas Kocarev was born on 5 May 1889 into a well-off family from Ohrid. He got his elementary education in Ohrid and finished gymnasium in Solun (Thessaloniki). His father, who was a banker and a landowner, financed his education by selling part of his property.

Kocarev authored important scientific papers based on his research using the chemical element radium, which he injected in cancerous tissues for diagnostic and therapeutic reasons.

Kocarev’s research at the Academy of Medicine at Sorbonne led to him cooperating with the world-renowned chemist and winner of the Nobel award, first in physics and then in chemistry, Marie Sklodowska Curie. In his monograph, Kocarev expresses his deep gratitude to his “mentor and collaborator” Maria Curie. 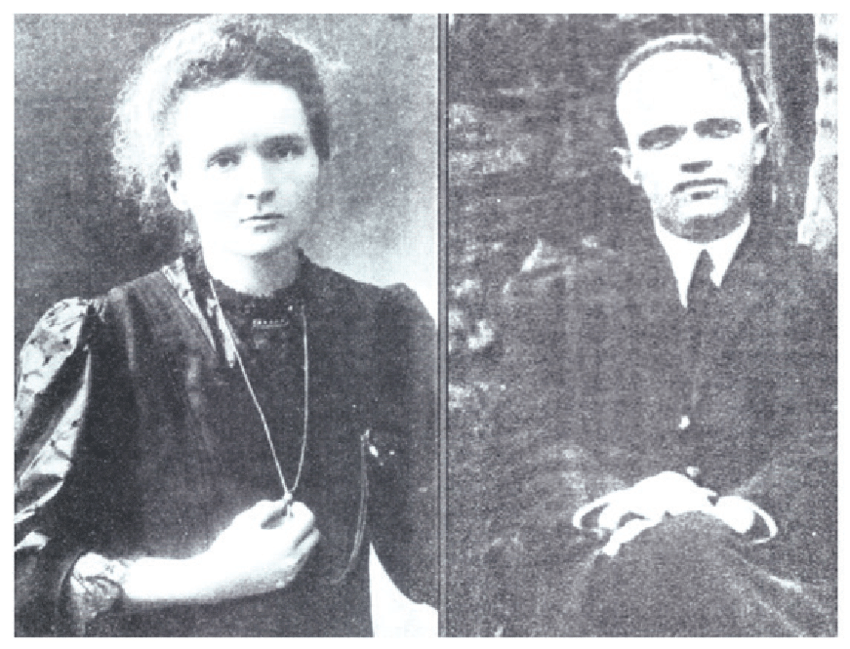 Anastas Kocarev’s Dedication to the Macedonian Cause

In addition to being determined to his passion – medicine, Kocarev was also dedicated to the Macedonian cause. At the time, Geneva was a place where many Macedonian students and patriots frequented.

In 1915 Kocarev saw to the restoration of the academic association called “Macedonia” which was formed following the Ilinden uprising. The association was an extension of the society formed by students originating from Macedonia and the Macedonian-Pomak region between the Pirin region and the Turkish city of Edirne.

Kocarev, who enjoyed respect among the professors and notables of Geneva, was voted as President of the association whose leading idea was to support the creation of an independent Macedonia and a possible Balkan federation.

Kocarev united the Macedonian associations in Zurich and Laussane under the wing of the “Association of Macedonians for an Independent Macedonia” in 1918.

The group combined the “Macedonia for the Macedonians” political group formed by students in Zurich and the Political Asociation “Macedonia – for the defence of the rights of the Macedonian people” in Lausanne.

In addition to giving lectures and pursuing his research in oncology and medicine, Kocarev was serious about rallying diplomatic and popular support for the Macedonian cause. One of the tools in the inventory of Macedonian emigres in Switzerland was the publication of Macedonian Independence („L’Independence macedonienne).

The Board of the joined Macedonian associations requested the inclusion of a three-member commission to represent the interests of the Macedonian people at the Peace Conference in Paris – unfortunately, the negotiators at the conference refused to honor the request.

Nevertheless, Kocarev’s activity through the patriotic organizations continued even after his move to Paris, where he was invited to continue his research at the Academy of Medicine. His private homes in Geneva and Paris were frequented by Macedonians for the purpose of furthering the national cause.

According to the Macedonian review Makedonska Nacija, some people have suspected that Kotzareff was being gradually poisoned by agents of a neighbouring country to Macedonia. 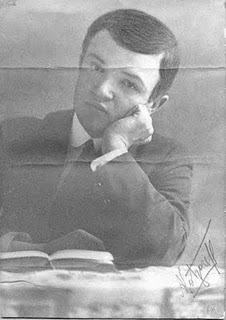 Dr Anastas Kocarev is one of the few Macedonians who were in competition for winning a Nobel award. His research publications are cited by students in medicine and oncology to this day.

Kocarev never married and suffered from a light form of diabetes. His death on 29 of March 1931 in Paris was untimely and a surprise. The Macedonian scientist maintained correspondence with members of his family until his death. In his letters, he had expressed his wish to return to Macedonia.

Each year, two relatives, through his siblings, pay tribute to the life and work of Dr. Anastas Kocarev (Kotzareff) – these are the President of the Macedonian Academy of Science and Art, Dr. Ljupco Kocarev and Sonja Kocareva – Trpezanovska.

Ljupco Kocarev, who is one of the top 2% most frequently cited scientists in the world continues the patriotic determination of Anastas Kocarev by speaking out against the intentional suffocation of the Macedonian national and cultural spirit.

“Your primary purpose in Switzerland and France was to unite the intellectuals living in the cities of Europe, for the struggle for your homeland Macedonia.

Your determination is carried on today, 90 years after your death, when we are united in the battle for Macedonia which continues through us and through the new generations.

For nine decades, you have been deserving of receiving respect. People like him are rare. The work he did is timeless – and we are indebted.”