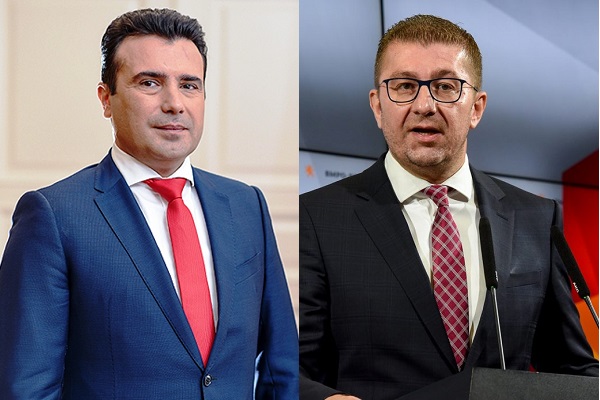 Prime Minister Zoran Zaev has called on VMRO-DPMNE’s leader, Hristijan Mickovski to form a government of ‘national unity’, with the aim of steering Macedonia away from a potential political crisis.

Macedonia’s economy is struggling, it’s debt is at its highest level ever and opposition to the Greek and Bulgarian agreements is growing. With no vaccines in sight to tackle the Covid crises and the coming national census, the government is left exposed and only has a slight majority.

SDSM has called this a proposal for national reconciliation. Their statement underscores, “the idea for taking joint action towards our country’s advancement is a visionary proposal and a chance for democratization and reform within the political parties – but mostly in VMRO-DPMNE.”

Despite the unifying tones, Zaev has said on multiple occasions that it is not possible to have a conversation with the opposition leader. SDSM’s idea for national unification, states the press release, is not directed at Mickovski but at the “honorable members of VMRO-DPMNE”.

SDSM recently managed to secure two MPs in parliament following the announcement that LDP MPs will act independently of the coalition but will still support it. VMRO is intent that the government coalition is falling apart.

The biggest opposition party has called Zaev’s call “indecent proposal” pointing out to a list of developments it calls “Zaev’s failings”.

It is unlikely that there is going to be a shift in this direction. While the proposal may be appealing to some parties, SDSM’s main coalition partner DUI has already turned it down. Its leader, Ali Ahmeti, stated that the job of the opposition is to be an opposition.

The Alliance for the Albanians has stated it agrees to join a broad coalition, but with its own conditions – mainly related to the removal of the 20% quota for use of minority languages, open up the “mounted political cases” and the party’s own proposed lax procedure for obtaining Macedonian citizenship.

Hristijan Mickovski has been in isolation due to the corona virus and has not personally commented Zaev’s proposal.

Facebook
Twitter
WhatsApp
Linkedin
Email
Previous articleThe rise of Philip II of Macedon: from hostage in Greece to the most powerful Macedonian in the world
Next article80,000 Macedonians in play for potential census fraud by Sofia