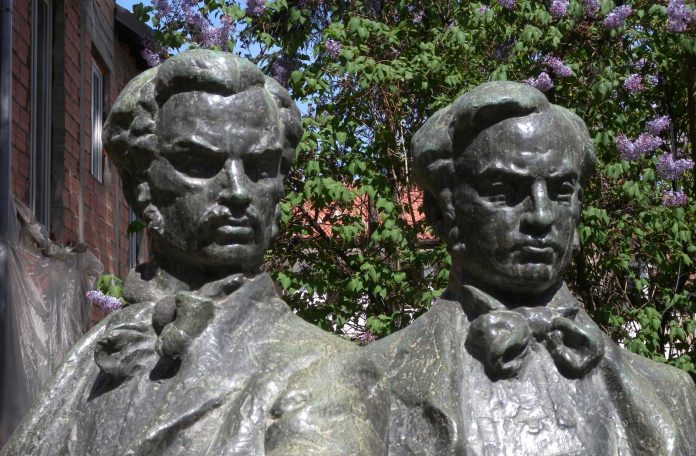 During the celebration of the 160th anniversary of the Collection of Folk Songs of the Miladinov Brothers, historians urge Macedonian politicians to rely on the proven historical Macedonian sciences to defend the national identity from Bulgarian aggression.

Macedonian Kanal 5 interviewed local historian, Branislav Svetozarevic who stressed that the sciences are marginalized in Macedonia, while the Bulgarian Academy of Sciences created a national strategy for Bulgarian issues in 1997 which is being implemented right now.

“Macedonian politicians now need to build an appropriate attitude that will be in line with the Macedonian identity content”, said Professor Natasha Kotlar, another historian at the event.

“If we were to appreciate and practice the knowledge created by Macedonian science, there should be no anger in the political sphere. The meaning of this Collection is that Macedonian history has its own genesis, has its own uniqueness, specificity, unlike other Balkan countries and peoples. In our political reality, we now lack the reaction of the institutions”, says Prof. Dr. Natasha Kotlar.

The Miladinov brothers are among the first generation of known revivalists who wrote in the vernacular Macedonian language. Their folk songs are an irreplaceable work on the road to the modern independent language and state, which is continued by the works of Misirkov, and later the works of ASNOM.