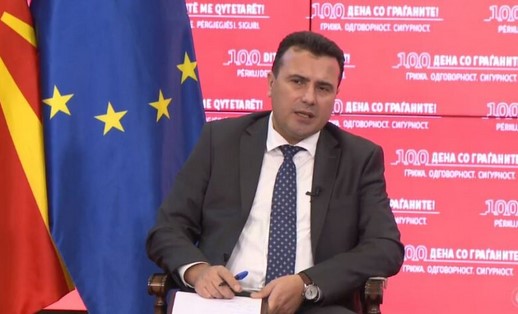 Macedonian Prime Minister Zoran Zaev was forbidden to meet with the national football team by the President of the FFM, Mudamed Sejdini, revealed the PM in an interview for the Klan television station.

“Mr. Sejdini did not allow a meeting, neither in the premises of the federation, nor in a restaurant. However, I and the football players will meet these days and I have already invited that meeting to be in the Government. I have nothing against Sejdini, but he should respect the law.” said Zaev.

The Government and the Macedonian Football Federation have been at odds, with pressure exerted over the Federation to drop the word “Macedonian” from its name.

Whether this was a factor in Sejdini’s move is unclear, with the recent controversy over the new jersey designs, the FFM President was likely trying to keep the team focused on the game against Slovenia tonight.