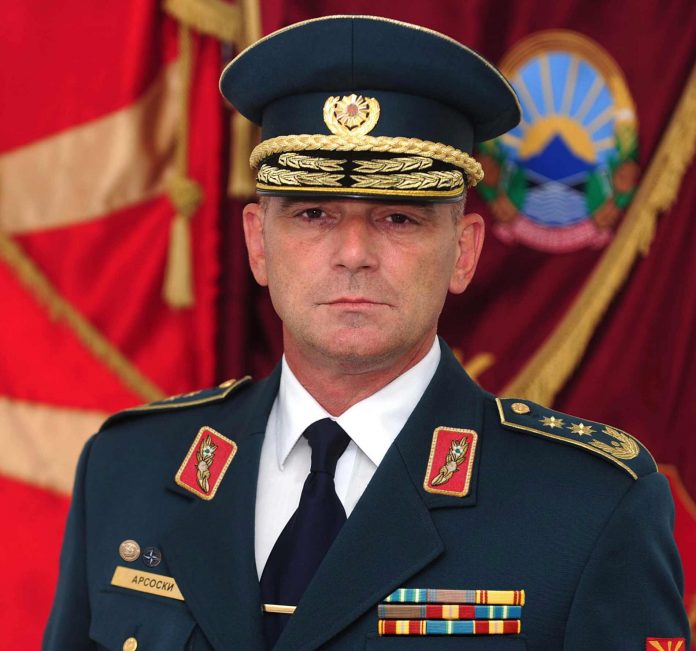 Brigadier Besnik Emini has been promoted to rank of General in the Macedonian Army by President Stevo Pendarovski, replacing Major General Pavle Arsoski for the role, in a move seen as further securing the army allegiance to the new “North” Adjective for the name of the country.

Major General Pavle Arsoski would not called the country “North” Macedonia and has subsequently been replaced with an ethnic Albanian for the role.

Brigadier General Emini has so far served as Commander of the 1st Infantry Brigade, and from now on will lead the largest operational command in the Army of the Republic of Macedonia, while Major General Pavle Arsoski has been in this position since May 2018, and in the future will perform the duty, Adviser to the Chief of the General Staff of the Army for Combat Readiness and Operations.

Brigadier General Besnik Emini has thus far performed several command and staff duties, including commander of the famed Rangers Battalion, as well as Chief of Staff and Commander of the 1st BP, he performed from 2019.

The 1st Infantry Brigade is the largest unit in the Macedonian Army, with substantial experience in peacekeeping operations, a large number of training activities, high NATO results, as well as dealing with the challenges of the migration crisis and assisting the institutions in dealing with pandemic caused by Covid 19.