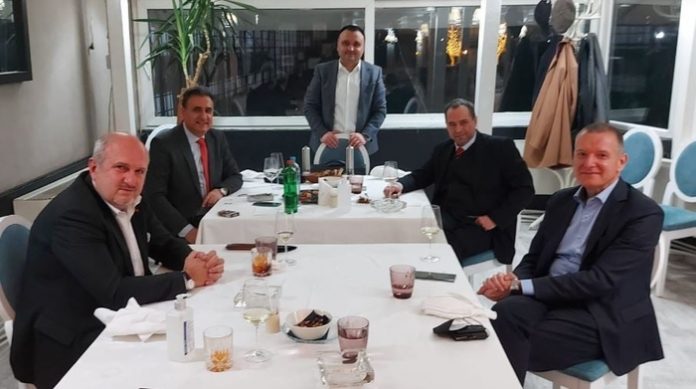 The former prime minister and facilitator in the negotiations with Bulgaria Vlado Buchkovski and the Bulgarian ambassador to Macedonia have agreed to broadcast both the respective national public service channels to both countries.

According to the press release, the Bulgarian national television is going to be broadcast on the Macedonian cable operator Telecom starting in March. The brief report notes that the Macedonian Radio Television (MRT) will be reciprocally broadcast in Bulgaria, without specifying when.

The Bulgarian National Television reporter to Skopje, Kostadin Filipov, shared the news on his Facebook profile, thanking the Macedonian media and government representatives. Filipov stated that BNT will air on the MaxTV platform on the Macedonian Telecom operator.

There hasn’t been further detail about this exchange and whether the Macedonian national TV channel will continue broadcasting programs dedicated to history or whether the negotiations will have any impact on the programming policy so as to avoid historic topics altogether.