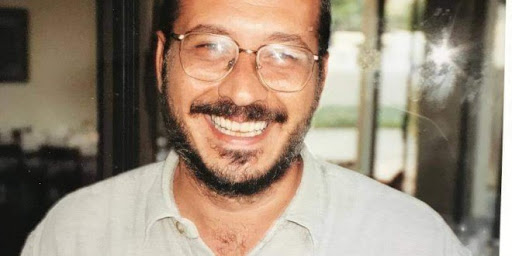 Macedonian linguist, academician and former university professor Ilija Chashule has been brutally beaten in Skopje. According to Cashule was was attacked because he is a Macedonian activist.

After being harassed and chased by three people in a blue vehicle on a highway to Skopje, police stopped him and openly ridiculed his plea.

In a Facebook post about the ordeal Chashule addressed the media, the Ministry of Interior and the political parties SDSM, VMRO, DUI, as well as the Macedonian Academy of Arts and Sciecnes (MANU):

On February 25 on my return trip from Prilep, I was chased by three individuals in a blue car on the Veles-Skopje highway.

The police didn’t stop anyone else, but me, with a false speedometer result of 154kmph. Those who were chasing me many kilometers back, harassing me, overtook me and the police at a huge speed.

The police officers took my passport, my drivers license and the registration. They mocked me when I asked why they aren’t stopping anyone else, including the car that was chasing me.

In a very rough manner, the young police officers held me for ten minutes. They filed a report and made me sign a form under the threat that they will take my drivers license. The police already did this. I have been stopped near Resen 10 times in the past year, with the excuse it is a routine control.”

According to his post, Chashule drove towards his home but was forced to take a detour after the second car tried to block his way near a junction leading into Skopje. Chashule was followed until not far from the city center, where he was taken out of the car.

“I continued driving on Ilinden street. They tried to block me again. On the next traffic light, there were three cars behind me. They left the car and approached mine. In the middle of the street, they opened the door, cursing, and began hitting me while I was in my seat. Three strong young men beating a 64-year-old person.

I don’t know how, because Ilinden street in that direction was pretty busy with traffic.

I tried to defend myself, but they injured me. My eyeglasses were pushed under my left eye. Because they are made of metal, the material pushed inside my skin and caused bleeding.

One of them punched me in the ribs. They hit me close to the eye. There was blood coming from it. When they realized that I am not just sitting, that I was trying to hit back, they left for their car, while cursing me.

There were many cars, many witnesses, but no one intervened. I was bleeding and sitting there for ten minutes. No one stopped to help. I went to the sidewalk. A woman who saw me from up close became disgusted, scared and left.

I was bleeding continually for 15 minutes and felt dizzy. There was a young man who offered to help me get home. I was afraid they might return and beat me again.

I got home. My clothes were covered in blood. I needed 15 minutes to stop the bleeding. The glasses that were bent and broken, which I picked up from the street, caused a wound in the area under my eye which I couldn’t calm down.

I was aware that I lost blood because my mouth felt extremely dry and I had a big headache. The area on my rib cage reacted in pain while breathing.

It took two hours and two liters of water for my body to calm down. The doctor I got in touch with via Facebook told me in irony to put rakija on my open wounds. He made jokes about how much blood I had lost.”

Chashule posed the questions who is after him and why, claiming there are people who want to liquidate him because of his Macedonian advocacy. He claims he is the target to abuse because he is the most eminent etymologist, indoeuropeist, macedonist, balkanologist and slavist.

The linguist has been the subject of multiple incidents. Several years ago he was punched and knocked out in Struga and intentionally locked out of his room at a hotel in Kosovo where he attended a linguistic conference.

Chashule has been a linguistics professor at Macquarie University in Australia. One of his most notable publications is on the Burushaski language which is spoken in the Hunza valley of Pakistan, whose inhabitants claim descent from the Macedonian army of Alexander the Great.