From the World to Macedonia with Love: A Musical Performance 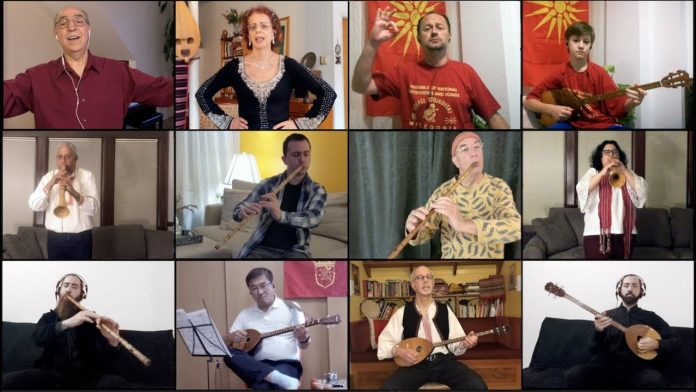 A group of international musicians have performed a masterpiece under COVID lockdown conditions, to send a message of love to Macedonia. The project was conceived by Dragi Spasovski of Izvor Music, who was born in the village Studena Bara near Kumanovo and lives in Seattle, USA.

The performance involves five different instruments, however, the polyphonic nature of the song is accentuated by the appearance of multiple such instruments. The wind instrument Kaval is played by three musicians, the Tambura (a lute-like instrument) is played by four musicians and another wind, the Zurla, is played by two, in addition to the Tapan drum.

Dragi Spasovski, whose music and spoken word and musical podcasts can be heard over at Izvor Music, has performed Macedonian and Balkan folk music since 1966.

The entire band of performers is as follows: