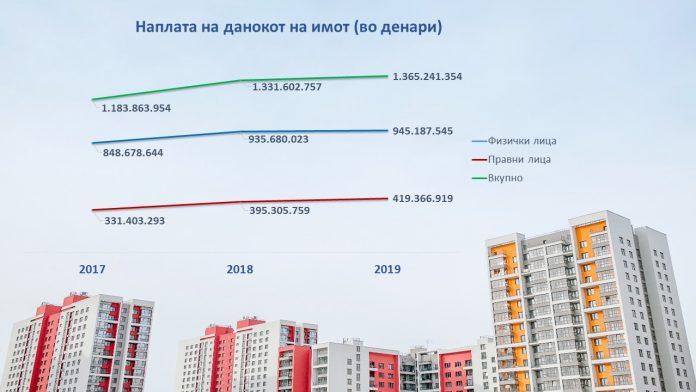 Half of all property taxes collected around the country (10 million euros) are collected in the Skopje region, yet one of its ten municipalities – Arachinovo has a contribution of zero euro.

The municipality of Arachinovo, an ethnic Albanian suburb whose mayor is a member of SDSM, has not turned in a single euro in property tax.

According to the municipality, the reason for this is it doesn’t have a taxpayer database or a tax department as part of its administration.

This information echoes the woes of the Macedonian economy during the entirety of the 1990s when a significant percentage of ethnic Albanians simply didn’t pay taxes or utility bills.

Things began to improve slightly when the national electric company was bought by the Austrian EVN group. In 2008 the company was able to collect payments from 20% of the residents of Arachinovo.

According to the Center for Civic Communications (CGK), between 2017 and 2019 the tax authority has collected a total of 21 million euro. 81% of all residents who own a property have paid their tax for these years.