The Royal Macedonian shields and the lost city of Pelagon 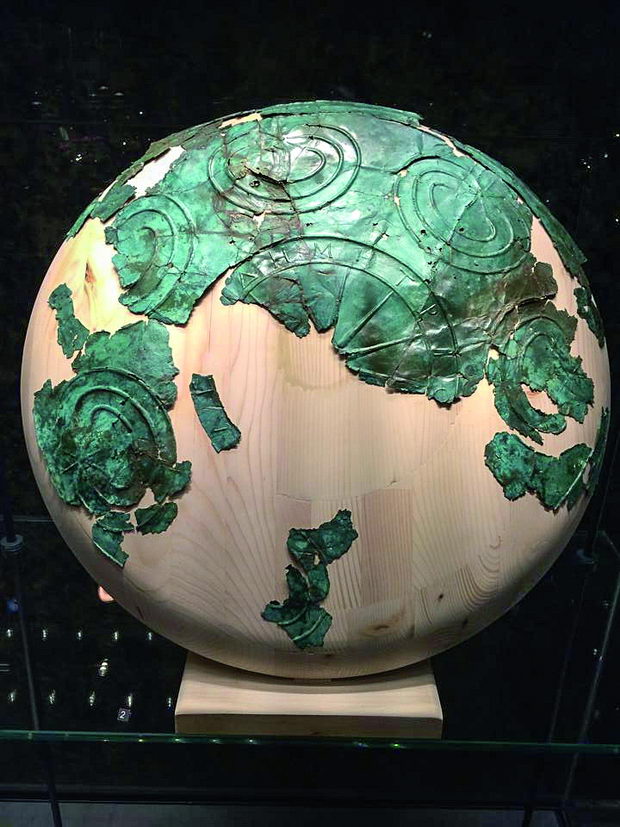 In 2006, a resident of a small village on the northern edge of Pelagonia noticed several patinated fragments on his land, which had been previously plowed through by unknown tomb raiders.

The person notified the museum in the city of Prilep and soon, a team of archaeologists began to work at the location, unearthing three partially preserved shields and some other artifacts.

This took place not far from an ancient Macedonian royal burial chamber near the village Bonche, which falls on the border between Pelagonia and Mariovo.

Many historians of the antique Macedonian period claimed the discovery of the shields is proof that somewhere nearby is lost city of Pelagon – capitol of the Macedonian tribe Pelagonians.

Pelagon, which has been described as a developed capitol in historic sources as early as the fourth century BC, has evaded archaeologists and historians to this day.

The discovery of the royal shields adds additional details to the argument that Pelagon is somewhere in the area of Bonche. Some claim its location is on the mountain peak Visoka, which rises steeply above the royal chamber in Staro Bonche.

Regardless of the possible location, the shields point to the fact that this area was very important to those who ruled Macedonia in antiquity.

One of the shields, carrying the inscription ΒΑΣΙΛ ΔΗΜΗΤΡΙΟ (Ruler Demitri) may have belonged to Demetrius II of the Antigonid dynasty, whose ancestral capital city Antigona was located not far from Bonche – somewhere on the river Vardar near Negotino.

Trencho Dimitrioski, avid researcher of the Prilep and Mariovo regions, says there is another potential owner of the shields – Demetrius of Macedon, also known as Demetrius the Besieger.

Although international historians attribute the shield to the older Demetrius, Dimitrioski, suggests the shield probably belongs to Demetrius II the Antigonid because the core of his kingdom was in Macedonia compared to Demetrius the Besieger who ruled from Syria and neighboring parts of Asia Minor.

Trenchoski conclusion doesn’t remove the possibility that the shields could have belonged to another Macedonian ruler or dignitary.

The shields of Bonche display a curious arrangement of symbols. In addition to the centrally-placed 12-ray sun symbol there are seven additional symbols around it: each is made of three concentric circles that meet at an 8-rayed sun.

It is possible that the maker of the shield, or the individual who ordered it made, wanted to display a message by arranging the symbols in such a way.

The seven smaller sun symbols and the circles around it are definitely not coincidental. In lack of concrete evidence, we can only throw guesses at what this could mean.

Does the shield portray a message of unification between various Macedonian tribes and kingdoms?

Is it a tribute to a dynasty by displaying the number of rulers who had born shields before?

Or is there a deeper, esoteric meaning related to some ancient Macedonian understanding about the connection between life, death, the sun and the circle as one of the most symbolic geometric forms?

Whatever the case, the ancient Macedonian shields found in Bonche are a major discovery because there are no more than five such shields in the world! Three of them are in Macedonia and this is a testament that the culture and memory of the Macedonian people has existed through the centuries until the present day.