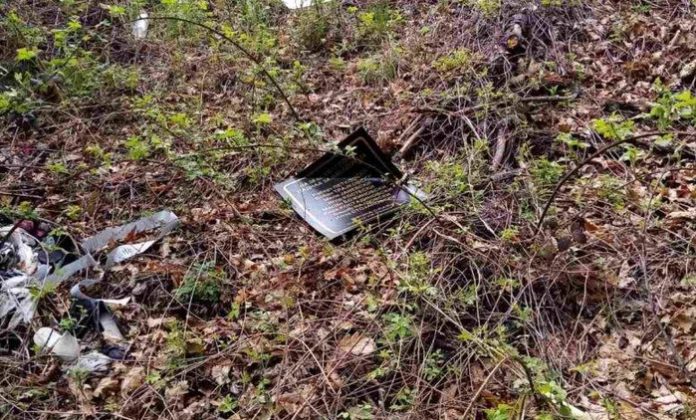 Year after year the commemorative plaques in honour of the Macedonian security forces who were ambushed and killed near the village of Vejce during the war of 2001 have been destroyed.

The families of the eight members of the Army and the Policy units observe April 28 as the day of their vicious killing. Each year, they set in place symbolic monuments and lay flowers, but these are destroyed and desecrated in an act of barbarism.

Marin Najdov, who is president of the Board of Defenders – the Macedonian veterans of the 2001 war, spoke of understanding, acceptance and mutual respect, even though it was his colleagues who were killed during the ambush.

Najdov stated for the media:

“They are hurting the feelings of the defenders, of the Macedonian people, of the parents and their children. I think that the institutions are not doing their job.

We have set another marble plaque and again, it has been destroyed or removed. We accept the idea of one society for all, but in our land, this one society isn’t accepted.

The political structures have to say why because this acceptance and love can not be one-sided.”

Najdov says he had pleaded with Artan Grubi, who is the right-hand man of DUI’s Ali Ahmeti, to take measures and prevent the vandalism – but nothing has been done.

According to Najdov, there is little doubt that no politicians have the will to show respect for the Macedonians who were killed in Vejce.

On April 28, 2001, a convoy of two military Hummers and two Lada Niva terrain vehicles was approaching the village Vejce for a reconnaissance mission.

The convoy was ambushed by KLA units with rocket launchers. Eight out of 16 members of the Macedonian security forces lost their lives, the others retreated and reported on the event, in what was the single biggest loss of life of the Macedonian units during the conflict.

Forensic experts attending the scene discovered bodies that were charred and severely mutilated. KLA units responsible for the attack had resorted to inflicting wounds on the dying soldiers from a close range.

24-year-old Ilche Stojanovski was wounded but managed to return fire together with Igor Kosteski. They contacted the military base in Tetovo to call for help.

In the meantime, they were attacked by the KLA and killed. Ilche Stojanovski managed to call the base again, to deliver the message: “There is no need to send help. We are going to die for Macedonia.”